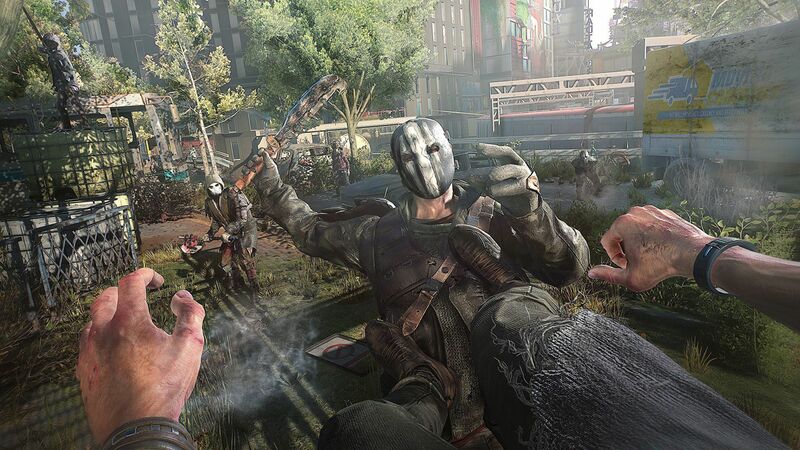 4.2
Techland confirmed earlier this month that Dying Light 2 Stay Human would be adding the heavily-requested New Game Plus mode soon, and update 1.3.0, which went live recently, made good on that promise. Now, the developer has released a new trailer for the open world action RPG that provides the bullet point details on what to expect from the new mode. Check it out below.

Dying Light 2 Stay Human’s New Game Plus mode functions in the ways you’d expect it to, of course, with players being able to start a new save with all of their progress from a previous file carried over, including abilities, gear, and more. Of course, enemies also scale up to your level, so you won’t just be able to steamroll through everything in your path.

Meanwhile, New Game Plus brings some more interesting new stuff as well. For starters, there’s 30 new Inhibitors to hunt down in the open world, so you can upgrade your immunity and health further. Additionally, weapons have a new Legendary rarity, parkour challenges now also have Platinum objectives, and Gold encounters have also been added. Finally, with a larger pool of enemies per encounter and rebalanced enemy placements during nighttime segments, exploring in the dark is going to be much more dangerous.

Dying Light 2 Stay Human is available on PS5, Xbox Series X/S, PS4, Xbox One, and PC, and launches as a cloud-exclusive release for the Nintendo Switch sometime later this year. Techland recently confirmed that the game sold over 5 million copies worldwide in its first month.

New Game+ is a must for games like this. Glad they have it for this one

Dying dead is coming out

I wasnt able to play this game for over a month cos it got stale and i had like 5 missions that i couldn't do because they were messed up, They have now fixed a couple of them but still cant do a few but there is still a few more issues that need fixing like the map when you switch fromn Journal to Map it freezes for about 5 seconds then the map comes on then going from Map to Journal it freezes again for another 5 seconds its annoying but hopefully they fix it soon.