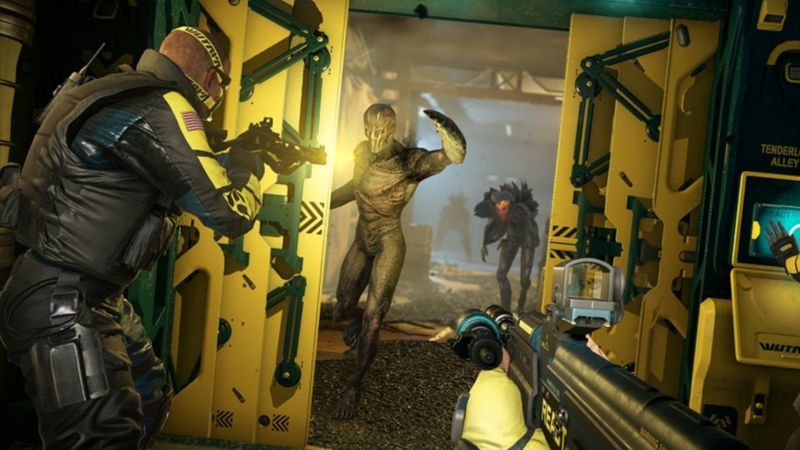 3
A new Rainbow Six Extraction cinematic trailer will get you in the tactical horror vibes you need for your upcoming rescue operations.

One of the most unique aspects of Rainbow Six Extraction is what happens to your operators when they fall in battle: they don't die for good (or else you might run out of playable operators fast), but they aren't ready to roll right back into action like that last alien nightmare never happened, either. They go MIA, and you'll need to mount a rescue mission deep into hostile territory to recover them.

The trailer follows what might happen in one such operation, with a team quietly picking its way through an Archæan-infested industrial facility to recover Sledge. Once they find him and clear off some of the gross alien sludge (apparently they all come back well enough to fight, though they may need a little Rainbow Six quarantine before they go back to polite society) some more familiar elements from Rainbow Six Extraction come back into play: blasting through walls to get the drop on unsuspecting enemies, sealing up entrances to give yourself one less angle to worry about, and so on.

Rainbow Six Extraction is set to be released on January 20, 2022, and anybody who picks up a copy of the game will also receive two Buddy Tokens which can be used to grant friends free access to the game for two weeks.