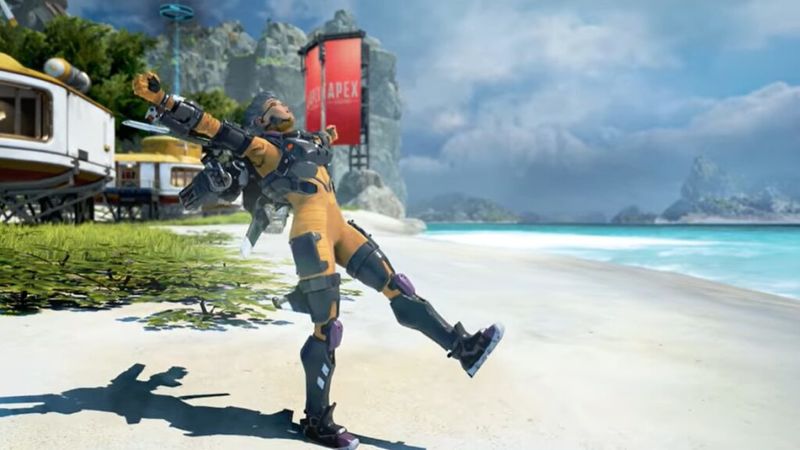 Set in the oceans of Gaea, the game’s fourth and largest map will launch alongside Apex Legends Season 11, Escape, on November 2.

“Storm Point looks enticing, but the pristine beaches and crystal waters are just the eye of the hurricane,” says publisher EA. “Teeming with wild Prowlers and a new kind of enemy swarm, venomous spiders, the gathering storms only add to the tension in the air.

“Legends have arrived and will find new ways to travel across the map’s diverse POIs which include island clusters, jungle compounds and a base embedded within a giant mountain marking the highest location in any Apex Legends map to date.”

The map’s existence was first revealed by dataminers who claimed the Season 11 update could introduce a new ‘Tropic Island’ map.

Respawn previously released brand new Apex Legends maps in the form of World’s Edge in Season 3 and Olympus in Season 7.

Escape will also introduce a new playable hero in the form of Ash, who first appeared as an antagonist in Titanfall 2 and in lore serves as the overseer of Apex’s Arenas mode.

“Ash is a simulacrum made from the woman who once was Dr. Ashleigh Reid,” EA says. “A trace of Leigh still remains within Ash, igniting its own connections to another Doctor in the Arena.”

Titanfall’s flexible C.A.R. SMG, which is capable of firing both light and heavy ammo, will be added as a new weapon in Apex Legends Season 11.

Respawn confirmed in August that it’s still planning to release a next-gen update for Apex Legends, but said it wasn’t yet ready to commit to a launch window.