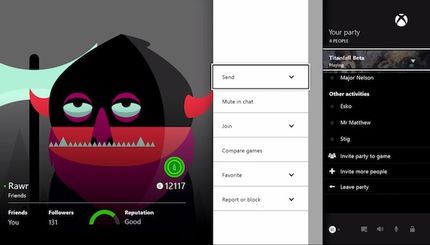 4.8
Screenshot support is almost here, but first, it will have to be tested by members of the preview program.

The March update for Xbox One is now available to anyone in the preview program. The update brings a few needed feature to the system, namely the screenshot functionality.

Other additions include the ability to share your real name, suggested friends, and finally, spam reporting. The full list is below along with Major Nelson’s video recap.

Upload App – The Upload app is being updated so that you can manage your screenshots in addition to your game clips. You can use a screenshot as your background, by viewing the screenshot in full-screen mode from the Upload app, then, press the Menu button and select Set as background

Suggested friends – With the suggested friends feature, the Friends area in home and your friends list will help you find and add friends. Suggested friends will include people you might know, so you add more friends to game with, and top community broadcasters and clip creators, so you can get more great content in your activity feed

Sharing your name – We’re rolling out two new ways to share your real name; with all of your friends or to everyone in the Xbox Live community. You can also continue to share your real name with select friends, or with no one, if that’s what you prefer. Gamertags are still the primary method of identifying yourself on Xbox Live, but sharing your real name helps people recognize you who might not know you by your gamertag
Tile transparency – We continue to listen to your feedback and are adding a setting to enable you to vary the level of transparency for your background images. Go to Settings -> My Xbox -> Tile transparency
Privacy & online safety settings – We added a new setting for sharing voice search data to create an option for users to allow collection and analysis of voice data when they use Xbox – Bing to search

I'm glad they are adding a screenshot feature, I have had moments that would be better suited by a screenshot then only having the recording option.

Evo8 Why does this screenshot feature so hyped? Doesn't seem that helpful at all.

Its not really "so hyped" just a cool feature that a lot of people are happy about as it will be really useful.

Good I am in the preview program and this update looks good and hopefully when the actual update comes out theres more in store.

Nice, really wanted the screenshots added for a while. Good job microsoft.

Creo I think they may have to come up with a quicker button prompt to take screenshots than three button presses, can't see this being 100% reliable.

I think they may have to come up with a quicker button prompt to take screenshots than three button presses, can't see this being 100% reliable.

Im excited for the screenshot feature.