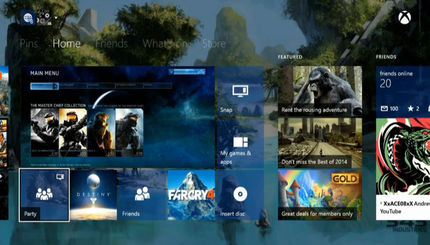 4.6
Oops. Major Nelson, the prominent figure behind the Xbox One console, was streaming content recently and it looks like he accidently let slip an updated UI for the console. As you can see in the image at the top of the post, it looks like transparent tiles will soon be coming to the platform.

The updated tiles give the interface a more modern look but do not appear to add any new functionality. Besides the tiles, it des not look like there is much ese new in the screenshot.

While Microsoft is not pushing out an update for the month of December, we expect this update, along with some other new features, to arrive in January when the team returns to their monthly releases of dashboard updates.

After seeing the tiles, do you like the new look? While we don's know if Microsoft will let you toggle the transparency on or off, considering how they are quite flexible with customization, it would not surprise us if this was an option. 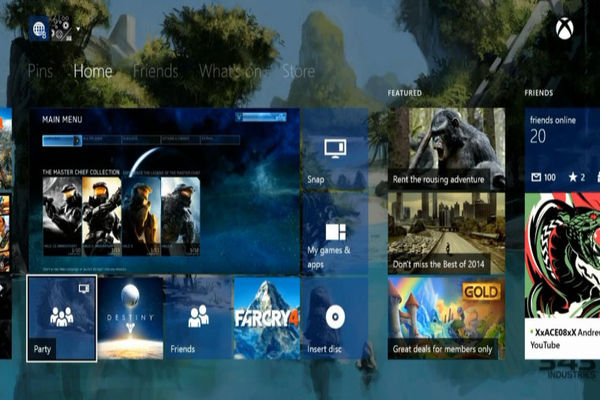 This is really cool, cannot wait to get the xbox one!

Grimlock good because the backgrounds kinda useless because you cant see it. Would be nice to see this.

good because the backgrounds kinda useless because you cant see it. Would be nice to see this.

xsuperxsmashx hopefully they fix the operating system.... the 360 was near perfect imo then they took 10 steps back with the os on the one :(

Care to elaborate on the 'OS' issues you are receiving?

-Skittle I'm not quite sure how stuff like this is news?

Umm because its new maybe?

This is the nicest looking dashboard I've ever seen I think. 10/10 can not wait to get it!

Thank god I am in the preview program, I get it a month early;P

I'm not quite sure how stuff like this is news?

This wasn't a hidden secret, if you're in the early release program you get access to these updates.