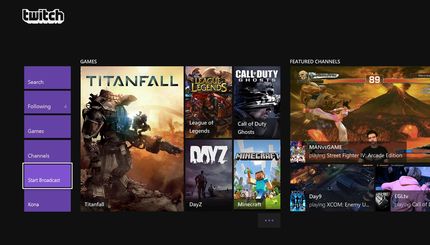 4.7
An update for the Xbox One version of Twitch has added in-depth filtering options.

The app now allows viewers to set specific parameters in order to find a stream that offers exactly what they're looking for, rather than just random or popular streams.

According to a post on Microsoft's Xbox Wire blog, each Xbox One game has its own bespoke search filters enabling players to search for streams based on ability or specific scenarios.

"Want to search for the Call of Duty: Advanced Warfare broadcaster with the highest kill/death ratio? How about instantly queuing up a Halo match from whoever has the highest rank in Slayer mode, or finding Forza Horizon 2 players who are driving a specific class of car?" the blog reads.

Microsoft points out that these new filters could make it easier for new Twitch users to gain an audience more quickly, as they may get a high number of viewers if they're particularly skilful at a game.

The update also adds video-on-demand features (a first for a Twitch app), plus the ability to pin specific games or channels to your Home screen for easy access.

Here's a video from Microsoft showing the new filter features in action:

DeluxeHazard I still believe that the computer is better for watching streams on Twitch but for the conveniency it's good that these fixes are being made.

Agreed, but it is nice to watch some streams while on xbox.

I watch streams on my ipad while gaming, this won't affect me much.

I still believe that the computer is better for watching streams on Twitch but for the conveniency it's good that these fixes are being made.

I couldn't get twitch to work on my one the last time I tried hopefully this update fixed that.

Hopefully they fixed some bugs also. I might go back to watching DatGuyLirik everyday again!

I always liked to use twitch in my PC but the app on the Xbox one is just not good enough in my perspective.

still just going to use my computer for twitch

Update looks nice and clean but i think i will continue to watch twitch on my computer.

I still use this app, even though of the music.