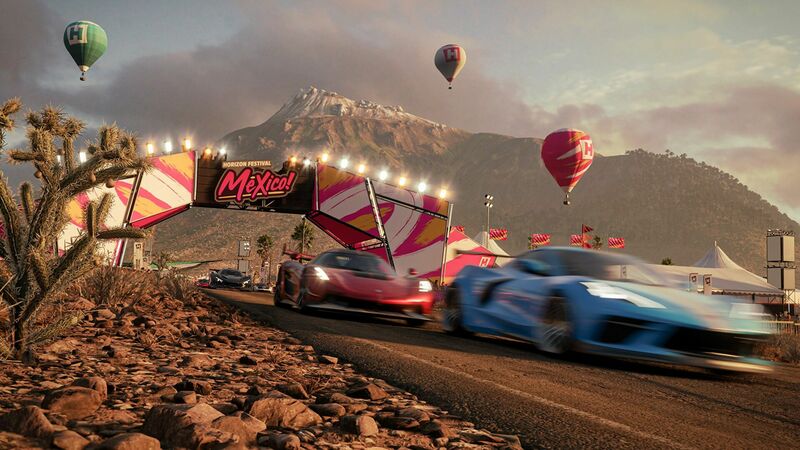 4
As reported by Game Industry, a number of former Playground Games' leaders and veteran developers have now formed a new triple-A studio, and their debut project will be an open-world game coming to consoles and PC.

Maverick Games is the name of a new studio based at Leamington Spa led by Mike Brown, former creative director at Playground Games who was in charge of the Forza Horizon series. Executive producer Tom Butcher, chief technology officer Matt Craven, content director Gareth Harwood, and audio director Fraser Strachan are the other former Playground developers who will now work at Maverick Games.

Along with the above, some other developers have also joined the team from other studios, including Harinder Sangha who servers as COO, Ben Penrose taking the role of art director, and Elly Marshall becoming the UX/UI director. An overall of 10 people are currently running the studio, but the amount is aimed to increase to up to 140 to develop the open-world triple-A project.

Unfortunately, we didn't get any further information on the first project of the studio, but it sounds like it is going to be an ambitious title. "I'd definitely describe myself as an open world guy first, rather than a driving guy,” Mike Brown tells to GI when asked about the studio's debut project. “The game will be open world, it will be AAA, it will be premium, it will have the ambition to go on and win all the awards..."

Hopefully, the team is already backed by a London-based investor financially, which means they do have enough funds to develop what they are planning at the moment.

Maverick Games is aimed to be a place for creativity, where people share ideas, take risks, and try new things rather than following the trends or traditions in game development. "It is a truism that you can be creative, or you can be cautious, but you can't be both," says Brown. "You either decide to mitigate risks, which limits creativity, or you embrace risks, which releases creativity. We are going to build a team where we really encourage them to take creative risks, to try new things, and really celebrates that as part of our culture."

It is yet to be seen when we can expect a full announcement for the studio's first title, but it seems like the team is pretty excited and ambitious about its future. “Mike's challenge is to come up with a world class game, and my challenge is to make this a world class studio,” says Singha, COO of Maverick Games.

Maverick Games doesn't seem to have an official website or logo yet.

I can't help but thinking of open world car games. The first games that spring to mind as Rust and Disney's Cars

Runts The games just flat out suck. Forza isn't good at all

Well... this article isn't even about Forza?

tO0t Isn't playground the company that was working on the new fable game?
Fingers crossed they just added more employees to that games development, to try and smooth out the process.

Yeah suppose to be, let's hope they're still going to work on it

The games just flat out suck. Forza isn't good at all

Isn't playground the company that was working on the new fable game?
Fingers crossed they just added more employees to that games development, to try and smooth out the process.