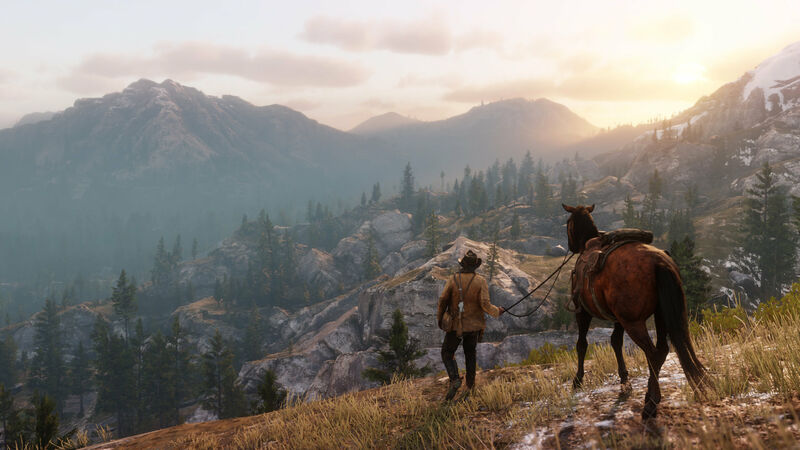 4
Red Dead Redemption 2 continues to be in the midst of a monumental resurgence. Despite launching all the way back in 2018, Rockstar Games' second Red Dead Redemption game has been hugely popular on Steam, in particular, over the course of the past month. So much so, in fact, that RDR2 has now found a way to continue breaking previous records for concurrent players at a single time.

Based on data that stems from Steam Charts, Red Dead Redemption 2 on Steam recently attained a new all-time high for the number of concurrent players. As of January 8th, RDR2 ended up being played simultaneously by 69,134 players at a single time. This represents a rise of roughly 14,000 concurrent players compared to when Red Dead Redemption 2 first launched on Steam in December 2019.

Outside of simply amassing a larger peak of players at a single time, Red Dead 2 has also been averaging more players over the past 30 days than ever before. Within the past 30 days, roughly 41,900 players have been playing RDR2 at any point in time on Steam. All in all, this is the highest number of average players that has ever been seen for the title, which is pretty baffling, to say the least.

So what is contributing to Red Dead Redemption 2 becoming so big on Steam? Well, a lot of it likely has to do with the fact that the game was heavily discounted as part of Steam's Winter Sale. With Rockstar discounting RDR2 by such a substantial amount of money, many new players likely picked up the game and have been playing through it in recent weeks. Although it's not known if Red Dead Redemption 2 is seeing the same meteoric rise on PlayStation and Xbox platforms, given that the game was also discounted on consoles during the holiday season, there's a chance that Rockstar is seeing a huge influx of players across all avenues right now.

RDR2 is from the year 2038, wish the online portion was executed better, but by far my favorite single player game.