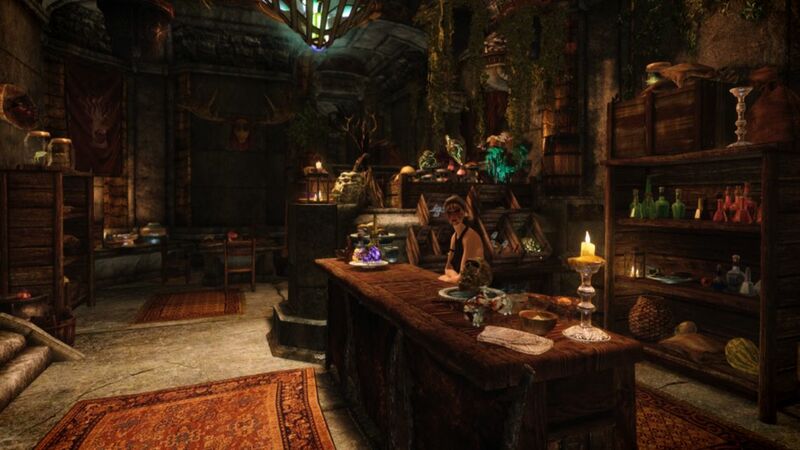 4
Bethesda fans believe they've found evidence indicating that The Elder Scrolls 5: Skyrim could be receiving a premium marketplace for mods and third-party DLC in an upcoming update. Skyrim has thrived since its release in 2011 in no small part due to robust post-launch mod support. Modders have added regions full of new adventures and gameplay to Skyrim, at no extra cost. The possibility of monetizing Skyrim mods is unlikely to be popular, but it's something Bethesda has done before.

Between April 24 and 27 in 2015, Bethesda launched a Skyrim Steam Workshop feature for paid mods or "Purchasable Modifications," allowing The Elder Scrolls 5: Skyrim players to pay what they want for certain mods. Profits were split between Bethesda, Valve, and mod creators. Backlash was so significant that Bethesda not only killed the feature in days, but refunded all payments to those who chose to purchase any premium mods. The 2017 Skyrim Anniversary Edition Creation Club, offering a similar concept, was more successful but hasn't been supported with new content for years.

Bethesda fans watching for news regarding Starfield recently noticed a Steam database update for multiple versions of The Elder Scrolls 5: Skyrim dubbed with the label, "Marketplace." This isn't an update for the live version of Skyrim, but rather a non-public branch likely being used for testing. The branch has since receive several small updates since it first arrived on Steam on November 16, indicating it's in active development. It appears to be a possible Skyrim update of some kind, though there's no official confirmation of that.

There's no real evidence of Bethesda adding paid mod support back into Skyrim at this point in time. This is a rumor, entirely. But it's not unfair for the Bethesda community to think it's still a possibility. Bethesda, even under Microsoft's ownership, has shown repeatedly that it wants paid mod support in its games. Todd Howard even had a recent interview where he reiterated this.

It's perhaps true that the rumors surrounding Skyrim are being amplified due to the approaching release of Starfield. Starfield's release will be another opportunity for Bethesda to implement some kind of paid mod marketplace, whether like Minecraft Marketplace, Skyrim's Creation Club, or otherwise. Fear of that possibility leads Bethesda fans to more seriously consider related rumors and speculation. Without further evidence, one can't say for certain, but Bethesda's efforts to add paid mod support to its games is unlikely over – whether it's for Skyrim, Starfield, or a future release.

I don't think it will man... who would possibly be in support of it?

Isn't it over a decade too late to bother?

yeah, already assumed a hile back it was going that way

Probably because of Starfield but who knowssss