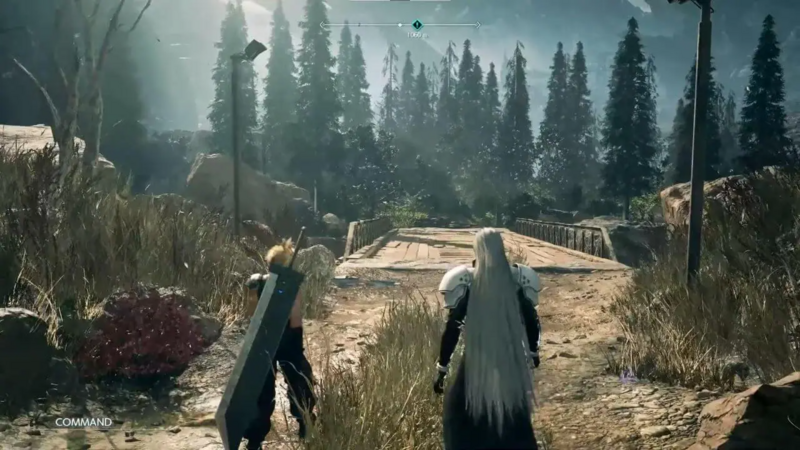 4.1
Final Fantasy producer Yoshinori Kitase has teased that there will be big news to share in relation to the franchise in 2023. On paper, this year is already shaping up to be a massive one for Final Fantasy fans. Not only is Final Fantasy XVI set to hit PS5 this summer, but the end of the year should also bring about the arrival of Final Fantasy VII Rebirth. And while these two titles might be big enough on their own to make fans excited for 2023, it sounds like those at Square Enix could be cooking up some other Final Fantasy-related announcements.

As shared on the official Final Fantasy website, Kitase gave fans a brief update on the two games that he's helping to produce: Final Fantasy XVI and Final Fantasy VII Rebirth. In addition to providing some added context about how both of these projects are progressing, Kitase indicated that those at Square Enix have another big reveal to make at some point in 2023 as well. Although it wasn't stated what this announcement could be specifically tied to, Kitase said that he hopes fans will find it exciting.

"The development of [Final Fantasy VII Rebirth], which I produce, is also accelerating," Kitase said of the forthcoming sequel. "In addition to this, we have a big announcement that we can't say yet. 2023 will be a good year for everyone, and I would like to make [Final Fantasy fans] excited."

With so much already happening with the Final Fantasy series, it's hard to know what this additional announcement might involve. Outside of Final Fantasy XVI and Final Fantasy VII Rebirth, Square Enix has already made it known that it's bringing its "Pixel Remasters" of Final Fantasy I through VI to PS4 and Switch later this year. Beyond this, it's also a given that work will continue on the MMO Final Fantasy XIV. Despite having so much happening at once, it's clear that Square Enix isn't looking to give Final Fantasy a rest by any means, which is something that many fans are surely happy about.

Yep... when the game title ends with XVI you know it's getting on...

I'm surprised the fan base for this still lives on. It's becoming resemblent of the Simpsons these days!

"we have a big announcement that we can't say yet. 2023 will be a good year for everyone, and I would like to make [Final Fantasy fans] excited."

Just hope it's worth the excitement ffs

wow so much finally fantasy news non stop. Gets old