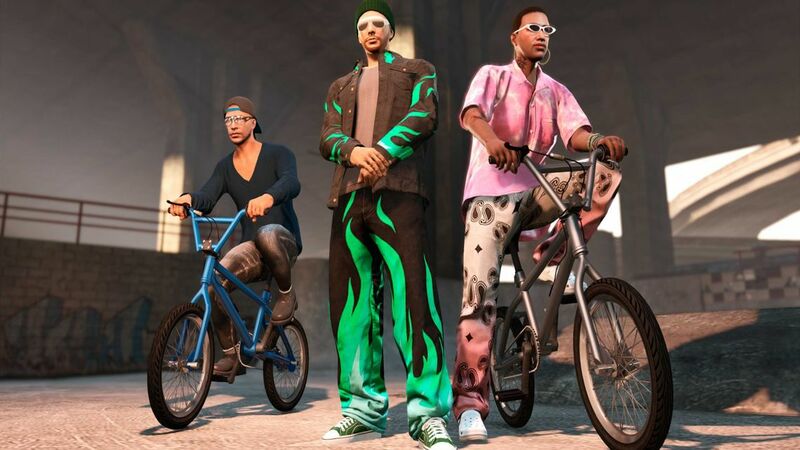 3.4
The Los Santos Drug Wars update has arrived with an all-new story for GTA Online. Break bad with Dax and the Fooliganz, who want to take back their piece of the Los Santos pie by making home-grown LSD. Help them find the right location, the right equipment, and the right customers to get significantly altered and make tons of cash while you’re at it. Apparently, there are a lot of people itching to do acid in Los Santos.

Besides the six new story missions, today’s update brings an entirely new wardrobe with “hundreds” of new clothing options. Of those many hundreds, 51 of those items are Crocs, also known as “Ugglies” in GTA Online. Because they’re the ugliest footwear you can possibly wear. Even worse than socks and sandals.

Along with the 2010s footwear also come new Onesies, Logger Boots, and Fatal Incursion tattoos. Pick all these up in stores around Los Santos, and expect more unique clothing options to arrive in events over the coming weeks and months.

NEWS: 51 pairs of Crocs are now available in #GTAOnline. Known as Ugglies pic.twitter.com/BOpsBcSZSM

Even though the latest update seems to be mostly about drugs, GTA Online is a game where you create your own fun. GTA fan 7BucksGaming also happens to be a big Fast & Furious fan, so they recreated Dom and Brian's first race from the original Fast & Furious film. It's a nostalgia trip that works surprisingly well despite a few differences in the actual car models to avoid copyright infringement.

How about caps and jackets in the next one

Do they got turbo mode? Hmm

Some decent pairs of shoes.. majority are the usual bland crap..

My grandma would probably get GTA now just for this update

That sounds like an incredible update! Just what the community has been waiting for all these years....