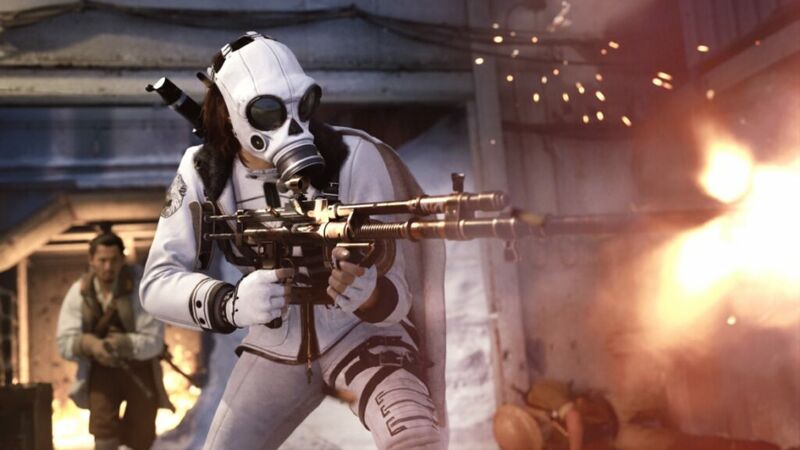 4.3
Activision is seeking to patent the ability to automatically generate in-game soundtracks unique to each player in multiplayer games.

As spotted by Exputer, the patent is titled ‘Systems and methods for dynamically generating and modulating music based on gaming events, player profiles and/or player reactions’.

According to the patent’s description, the idea is that players – particularly in multiplayer games – will be able to get their own unique soundtracks based on their current circumstances.

Rather than a standard dynamic soundtrack, which chooses from a series of different pre-recorded music tracks based on the situation, Activision’s new idea would use AI to generate entirely new music.

“While many features of video games have become highly customizable, musical elements tend to be standardized across all players,” the patent explains.

“For example, a player can customize the aesthetic look of his or her avatar or customize team members in a multiplayer game but, conventionally, is not able to customize musical elements for different gaming events.

“Some video games allow for the replacement of a soundtrack of a game with a player’s own music, but such soundtrack replacement features do not provide for the dynamic change or modification of musical elements specific to a player and based on the actual gameplay.”

The patent explains that the game could take into account a number of factors, such as the player’s current skill level, how well they’re playing, how they move in the game and their experience, and use AI to create bespoke accompanying audio.

“Music and audio are areas of potential player customization that may be automated and personalized so that each individual player has a unique experience,” the patent says.

“There is also a need for systems and methods that correlate generated and modulated music to the player’s success or failure during gameplay and that use the correlation to improve the player’s performance in future gameplay.

“By automating the process of what kind of music is being played and how the music is modulated, the video game may become more immersive, become more enjoyable and provide players with a wide variety of customizable features in order to enhance the overall user experience.”

Maybe a weird thing, but it would be a great idea to implement

Activision is such weirdos lol

kinda weird considering they use classic rock songs for there promotions