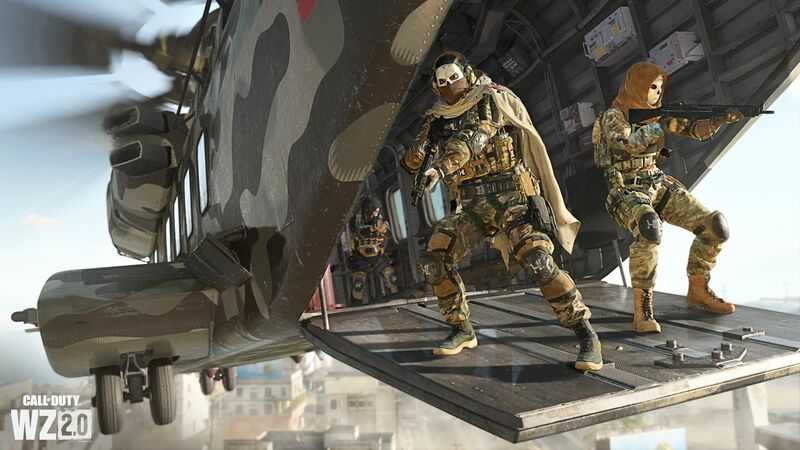 4
Call of Duty: Modern Warfare 2’s beta is currently ongoing for consoles and PC with cross-platform play enabled. In addition to providing a quick look at multiplayer, like new maps and modes, it also showcases the Perk Package system, revamped Gunsmith and more. Whether they’re considered good or bad, one positive change is that sequel is a separate download from Call of Duty: Warzone 2.0.

Joe Cecot, Infinity Ward co-design director for multiplayer on Modern Warfare, confirmed this to Gamestar (translation via DeepL). “You should be able to download it separately. Nevertheless, the integration will be seamless again, so you won’t have to quit the game to switch from Warzone 2.0 to multiplayer and vice versa. So it’s very quick, and easy, but you can still set the installation yourself.”

Multiplayer design director Geoff Smith added, “Yes, we’ve been working very hard on these systems since Modern Warfare (2019), and it’s been a hotly debated topic – the storage space and the back and forth between title menus. We hope it’s going to be better now.”

Players of the first game on PC will remember how its space ballooned to insane proportions from updates to Warzone. It got bad enough that even a 250 GB SSD wasn’t enough to hold the game. Of course, the base installation size could still be pretty big (Modern Warfare’s was 175 GB at launch on PC), so keep that in mind.

Geez, you had me worried. Thought I had to download that warzone 2.0 crap with MW2

Well duh lol. And man these 2 are going to take up a 500gb hdd alone LOL