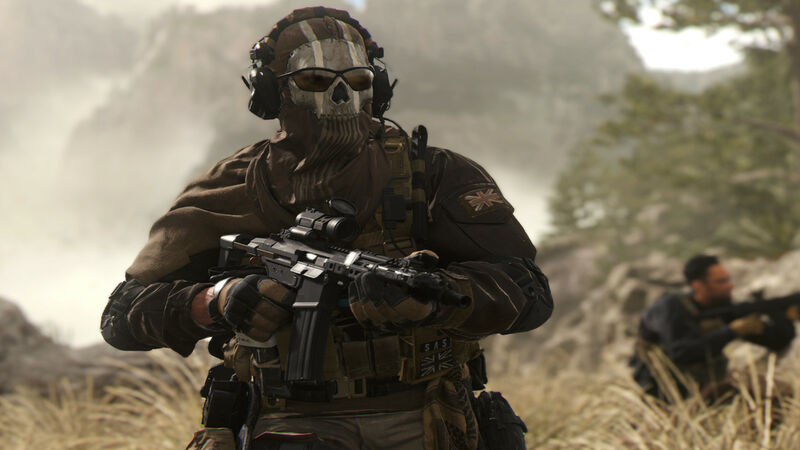 4.3
The Modern Warfare 2 multiplayer beta has introduced nerfs to slide cancelling, the infamously tricky movement mechanic from Call of Duty: Warzone, although fans of the FPS and battle royale series from Infinity Ward and Activision are unsure of the changes.

If you’re new to slide cancelling, in Warzone, it allows players who are using tactical sprint (when you run faster by holding down Shift) to slide along the ground then quickly leap up mid-animation, i.e., to slide and then cancel. It’s a useful technique since it makes your operators’ movement jumpy and unpredictable, allowing you to dodge incoming fire, and charge at enemies head-on without them being able to get a good aim on you. In some cases, slide cancelling feels like a legitimate tactic requiring skill and experience. In others, it feels closer to a bug or exploit, turning the battle royale into a frustrating and bizarre, twitchy dance competition.

The Modern Warfare 2 multiplayer beta introduces changes to sliding and slide cancelling seemingly designed to nerf the two manoeuvres. Now, if you hit crouch while tactical sprinting, rather than sliding you will perform a dive, eliminating the potential for a slide cancel. Since sliding can only be performed while travelling at the normal movement speed, this means you aren’t sliding as fast or as far, meaning that, if you successfully perform a cancel, you are not necessarily as jumpy or hard to hit as you might be in Warzone. “Slide cancelling still exists,” explains Call of Duty’s official site, “but it is slower than tactical sprinting, and overall has reduced power in the movement meta. Consider it more appropriate towards short-range engagements every so often, or at longer distances after all tactical sprint charge is expended.”

Modern Warfare 2 fans, however, are unconvinced as to whether the supposed nerf will actually alter how players use slide cancelling. “It appears we’re going back to ballerina meta,” writes one player. “That is a terrible mistake,” says another, in response to the changes. “Just remove it altogether, no half-measures”. “They need to remove this, not nerf it,” adds a third. “I can guarantee you that the grand majority of players on CoD do not slide cancel, nor are they able to pull it off consistently. The streamers and esports peeps will figure out another exploit.”

Other Call of Duty fans say that slide cancelling is not a significant issue, and that the changes in the Modern Warfare 2 beta represent only a positive rebalancing for the mechanic. “This nerf brings it back to reality a little,” writes one fan. “It was broken because with the strafe speed from tactical sprinting it was too much. But out of regular sprinting, it should be fine.” “I like this change,” says another. “Not being able to slide cancel during tac sprinting is huge. It’ll still be viable, but you won’t be as fast at teleporting as you were in Warzone and Modern Warfare 2019.”

Players are also concerned that Modern Warfare 2’s time-to-kill or TKK is too fast, and have also noticed that one of the game’s maps, which was supposed to feature as part of the early access period, is not present in the actual beta. Nevertheless, the Modern Warfare 2 multiplayer beta runs until September 26, with pre-ordering PC players gaining access on September 22, and all other players being invited from September 24.

They really need to get rid of the aim assist

slide cancel is for people who cant aim

I hope to see slide cancel back!