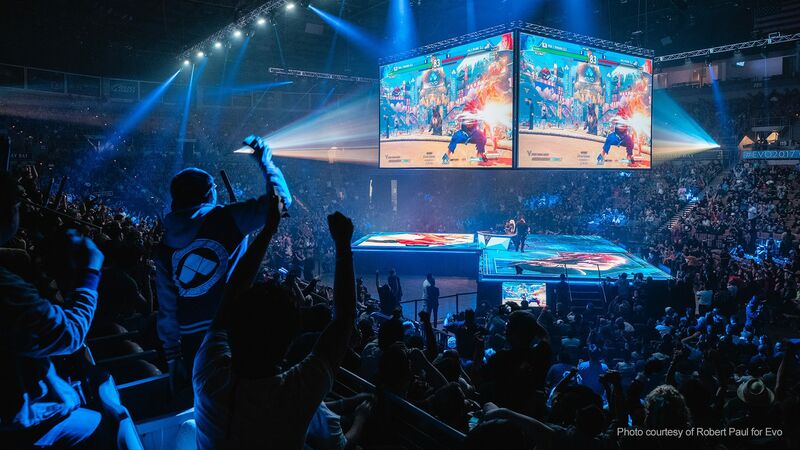 4.3
PlayStation has teased that there will be some surprising reveals in store later this week at EVO 2022. For the first time since 2019, EVO is set to return as an in-person tournament at Las Vegas. And while many fans might be excited to see the tournaments for games like Street Fighter 5, Mortal Kombat 11, and Dragonball FighterZ, it sounds like some new announcements separate from the tourneys could also appear at the event.

Detailed on the PlayStation Blog today, Sony provided a tease of what fans can expect from Evo 2022 when it begins later this week. Specifically, it was revealed that PlayStation will be holding a live stream on August 5th and 6th that will feature "exciting content and reveals" from a number of different video game publishers. Although it wasn't specified what these reveals could be associated with, some notable news could end up coming about from Evo.

"PlayStation will celebrate the return of Evo with the PlayStation Tournaments: Evo Lounge, a live show dedicated to covering all the competition's exciting events and content. The show is hosted by players and commentators who live and breathe the FGC," PlayStation said of this upcoming event. "The Evo Lounge will feature top-shelf curated show coverage, bracket updates, interviews with players, and exciting content and reveals from developers and publishers, such as Arc System Works, Warner Bros. Games, Capcom, SNK, and Bandai Namco Entertainment, as well as all the latest from the scene with pro players and casters. Viewers will be treated to the latest news for our favorite games and a few sneak peeks of what's ahead."

As a whole, Evo 2022 is set to kick off on Friday, August 5th, and will run through the weekend until August 7th.

Hell yeahh I can not wait