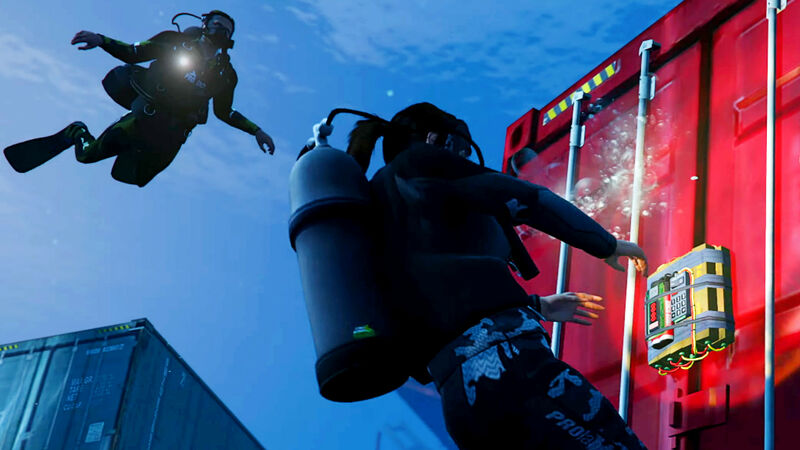 3
Rockstar has unveiled the new Grand Theft Auto 5 Criminal Enterprises update for GTA Online, which is bringing new missions, upgrades, vehicles, and weapons to the popular open-world game. The new content arrives on July 26, and promises a selection of quality of life improvements for the crime game’s playerbase along with increased payouts across a wide range of activities.

Perhaps the biggest addition is Operation Paper Trail, which sees players sworn in as IAA agents to help uncover a criminal conspiracy. The price of fuel is skyrocketing in Los Santos, and the IAA has a suspicion that the profits are all making their way into one particularly notorious group of petrochemical profiteers, the Duggans.

Businesses are being expanded across the board, and all business activities including sell missions for every criminal career path will be made available to play in private sessions when the update lands. Those with an executive office will gain the services of Lupe, a new staff manager who can help executives source special cargo.

Furthermore, executives will have access to a new side gig that provides a ready-to-go shipment of special cargo to their warehouse daily, and two new sources of special cargo are being added to the game’s source missions.

There’s an upgrade to the custom bike shop, which will allow presidents of a motorcycle club to build custom bikes to meet client specifications, which can then be delivered to earn in-game cash and reputation point rewards. There are also new clubhouse contracts and a bar resupply mission that should let bikers earn some more cash and rep along the way, too.

Gunrunners will have the option to make daily deliveries to Ammu-Nation, who is in the market for some of your reasonably priced hardware. In addition, there are new bunker resupply missions which offer more ways to get your hands on some valuable goodies to bolster your equipment stocks.

Nightclub owners will be able to take on missions to source goods for the nightclub warehouse, and can also take part in club management missions. The latter lets players bring in some slightly more legitimate earnings – though you’ll have to ensure that things keep running smoothly in your club by keeping potential troublemakers out and ensuring any VIPs who’ve had one too many make it home safely without any embarrassing incidents.

The Criminal Enterprises update also looks to boost GTA Online’s economy by offering permanent boosts to the payouts for race modes, adversary modes, base game heists and the Doomsday heist. In addition, anyone joining an organisation as a bodyguard, associate, motorcycle club member, or similar can expect to receive a bigger paycheck for their troubles.

Rockstar also promises “new vehicles arriving throughout the summer and beyond” as part of its full post on the new update. There are two new cars which can be upgraded with Imani Tech to outfit them with gadgets including remote control functionality and missile lock-on jamming. New Tuners vehicles are on the way, and customisations for a selection of older cars are being expanded as well to give them a fresh coat of paint, so to speak.

A recent leak hinting at this update also revealed two new guns that are coming alongside the new content. In the meantime, the Diamond Casino event continues to run in the multiplayer game until the Criminal Enterprises update lands on July 26.