God of War's Jotnar Edition is already being resold for double 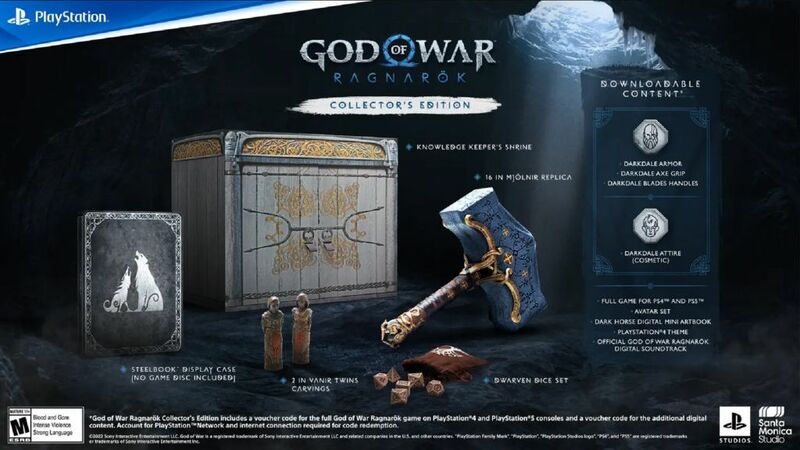 4
God of War Ragnarok's Jotnar Edition is already being resold for hundreds more than its original price by scalpers.

Just earlier today on July 15, God of War Ragnarok finally went up for pre-order around the world, beginning in the U.K. and Europe. While the Jotnar Edition originally retailed for £229.99 at U.K. storefronts, it's already being resold for at least double that price online.

For example, if you head over to eBay U.K.(opens in new tab) right now, you'll see that there are numerous listings for Ragnarok's Jotnar Edition selling for well over £500. The listings do actually descend in price from there however, generally dropping down to above £200 in total.

Still, it's a dire state for customers. With retailer Game(opens in new tab) already listing the Jotnar Edition as being sold out, there currently isn't another way for U.K. customers for get hold of the special edition other than going through resellers, and even then, it's not as though consumers are guaranteed a copy.

We're likely to see this happen again later today when the U.S. pre-orders for Ragnarok and its various editions open up. Pre-orders in the U.S. should be going live at 7 a.m. PT/10 a.m. ET, so we'll have to wait and see whether scalpers are quick to get their hands on editions like the Jotnar Edition and relist it online.

If you didn't already know, the Jotnar Edition of Ragnarok doesn't include the physical game of the sequel, but instead contains a retail voucher that PS4 or PS5 customers can redeem for a digital version of the new game.

"God of War's Jotnar Edition is already being resold for double" :: Login/Create an Account :: 2 comments

All these editions are a "must have" at the time, but most of us don't bother with them

this is a sick game edition they dont really do cool stuff like this anymore, all the og cods back then had sick pre order verisons etc.