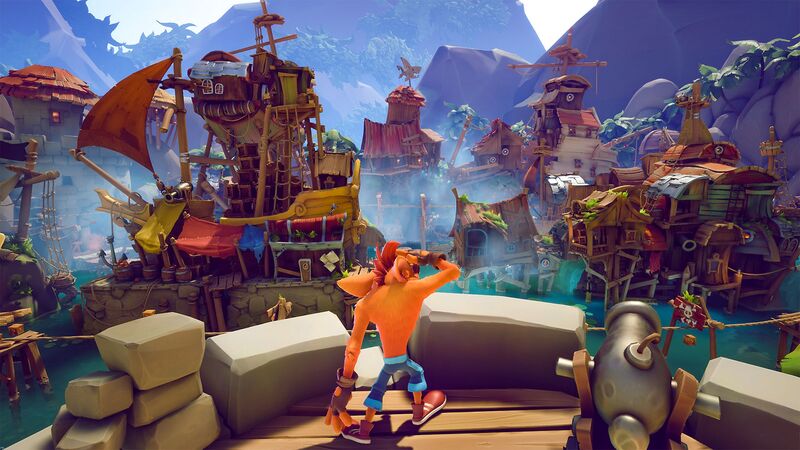 4
Over the last few weeks, rumors have started to heat up about a new Crash Bandicoot game from Activision and developer Toys for Bob. Nothing has been confirmed as of this writing, but many are speculating that it will be a reboot of "Wumpa League," a multiplayer game that was in development, but never formally announced. Did You Know Gaming's Liam Robertson has talked about Wumpa League in the past, and has now shared previously unseen concept art from the game, featuring a number of familiar faces from Crash Bandicoot 4, as well as some newcomers.

The concept art can be found in the Tweet from Robertson embedded below.

Seen enough now to believe that the long rumoured Crash Bandicoot multiplayer project has been rebooted (after getting shelved in 2020), so I wanted to share some art from it. As you can see... many characters were planned. Details on gameplay in this thread: https://t.co/ap4qVy3WOI pic.twitter.com/zf1yXPujlw


In a follow-up Tweet, Robertson confirmed that he does have other concept art based on the game, and will be sharing additional images in the future. In a recent appearance on the Windows Central podcast, Jez Corden seemed to accidentally confirm that a new Crash Bandicoot game is in development. Corden replied to Robertson's Tweet above, stating that he "can corroborate at least a bunch of [the characters] are in the current iteration."

The Crash Bandicoot franchise has held a special place in the hearts of players since 1996. Over the last few years, the beloved Bandicoot has appeared in a handful of highly-regarded titles, including Crash Bandicoot N. Sane Trilogy and Crash Bandicoot 4. Those games released after several years where Crash had all but disappeared. After Toys for Bob began working on the Call of Duty series, many Crash fans were worried that the bandicoot would take another break. While Activision has yet to formally announce the next Crash Bandicoot game, there has been more than enough chatter to suggest that a new title is in development, and will likely be announced sometime in the near future. It's unclear exactly when that might be, or what platforms the game will arrive on. Until we get an official announcement however, fans should still take these rumors with a grain of salt.

We need more of our beloved Crash

such a nostalgic series