Starfield lets you build and fly your own spaceships 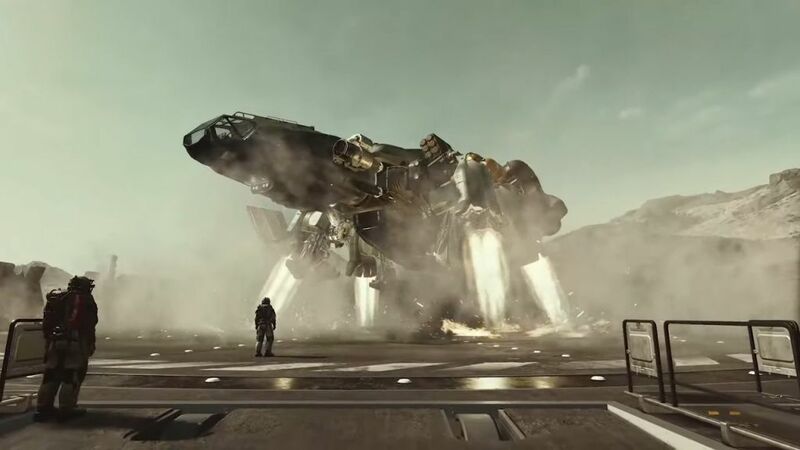 3.6
The newest Starfield reveal included a bunch of details about customization, and it turns out you can build your own space ship from scratch and fly it around the galaxy.

Bethesda's Todd Howard took to the stage at the end of today's Xbox Bethesda showcase and revealed the very first Starfield gameplay trailer, which gave us a look at the player character exploring the mysterious moon Kreet, shooting at some baddies, and later on, creating a custom base and spaceship.

Howard explained that you can customize the look and layout of your spaceships with "loads of different modules, ship manufacturers, and more." You can also choose crew members you meet along your journey to work on the spaceship because, naturally, you have much more important priorities as the captain of the spaceship - the gameplay trailer shows the player character piloting their spaceship around various planets and shooting at hostile enemy ships.

As for Starfield's character creator, Howard said it'll be Bethesda's "most flexible yet." You'll start the game by picking a background with three unique starting skills and then building out your character before the adventure starts.

Today's Starfield presentation also added a bunch of details about the size and scope of Bethesda's upcoming action-RPG, like the fact that you'll be able to explore over 1,000 planets and tinker with somewhere around 100 systems. And of course, since this is Bethesda after all, there will be a lockpicking minigame.

That's going to be cool on building and flying your own