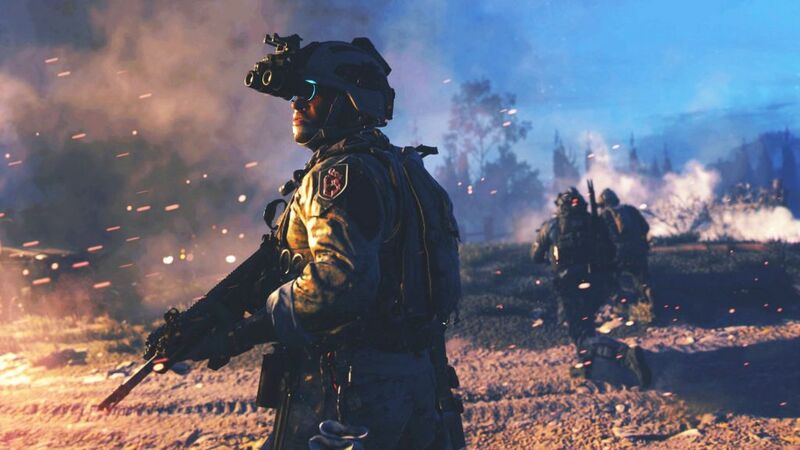 4.2
The developers behind Call of Duty are moving to a single, unified engine across games and studios, starting with Modern Warfare 2 and Warzone 2.

All the various studios working on Call of Duty, including Infinity Ward, Sledgehammer, Raven, and Treyarch, will now be working on a single engine for every new entry in the series going forward. Internally, the developers are referring to this initiative as COD 2.0 - and while that name may not make it past development interviews, it does hint at the direction this new era of Call of Duty is taking.

"When one of the teams puts in a really cool rendering or audio or animation feature," Infinity Ward co-studio head and Modern Warfare 2 creative director Patrick Kelly told journalists at a preview event, "then we have to have a bunch of people implement it in the other engine, and then another engine again." The new engine model is intended to eliminate that issue, so each studio can directly contribute to the work of the others.

As for the starting point of this new engine, "there's a large chunk of it that from what I suppose you probably thought of as the IW engine," Kelly says, adding that "there was a large chunk from our other teams as well that got integrated into that."

Despite the development advantages of a unified engine, Kelly says the team is "mindful" that COD games might "homogenize" under this tact, an issue the devs are keen to avoid.

"A Black Ops game historically has had a slightly different feel - some different art direction and things like that - than an Infinity Ward game. And I will tell you, from my point of view, from our point of view, we celebrate and embrace that we're not looking to mash them all together into one."

"All future Call of Duty games will be on one "unified engine"" :: Login/Create an Account :: 4 comments

Sounds good, Hope they make the COD games even better this way too

great, that rules out any type of innovation and that. way to go cod

idk about this pry going with the mw engine but i liked cw better fr.