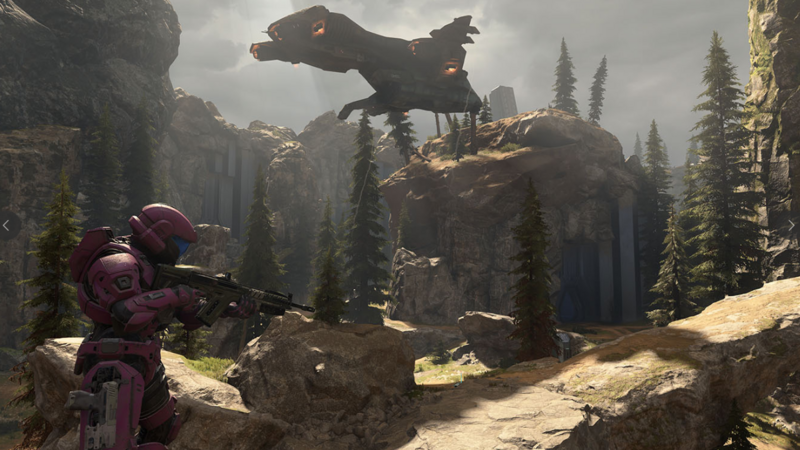 4.7
Halo Infinite is expected to receive its big cooperative play update in August, which will let you roam the open world with a fellow Master Chief. If you're part of the Halo Insider program—or join it ASAP—you may be able to play co-op a whole month earlier, because 343 Industries has announced a test flight for July.

You can learn how to join the Halo Insider program here, though do keep in mind that being part of that program doesn't guarantee you'll be a part of the co-op flight: You'll be "considered" for it. Still, it's free, so you're only having to contend with the drudgery of entering details into a form.

A Halo Infinite roadmap released in April pointed to a late August release for cooperative play, and so far, 343 Industries hasn't indicated any disruption to that timeline. Online co-op will roll out first, while splitscreen co-op will follow later in the year. Another eagerly anticipated addition is Halo's Forge mode, which is still on track to enter open beta in September.

Season 2 of Halo Infinite kicked off in early May, and as is so often the case with live service games, the launch was a little bumpy. It follows a fairly turbulent reception for the competitive side of Halo Infinite since its initial launch last October; after an enthusiastic uptake from starved Halo fans, the first season ended up being a bit of an awkward mess, according to Natalie.

"Halo Infinite campaign co-op will get a public test in July" :: Login/Create an Account :: 2 comments

Just hope it's good enough for our Maze :P