Minecraft's The Wild Update Gets a Release Date 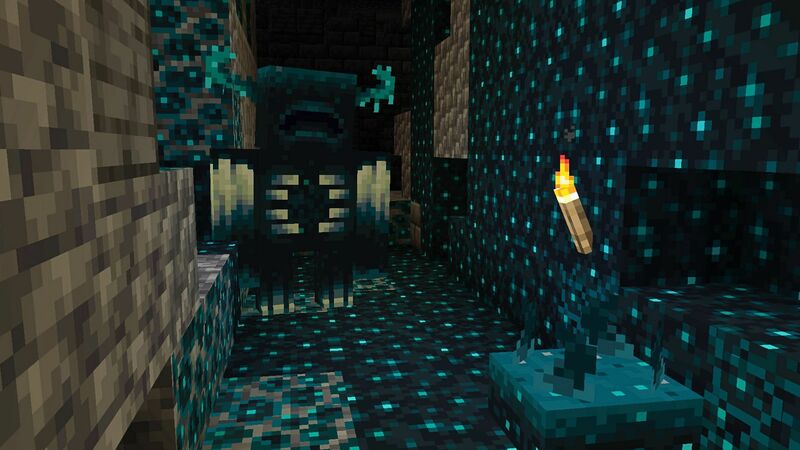 3.8
Following a reveal from October 2021, Minecraft's The Wild update now has a release date. The next big update for Mojang's game will now be out on June 7th with the developer offering a summation of its contents alongside the release date announcement for those who may not have been keeping up with all its features throughout its development. It'll be available for all versions of the game from Bedrock to Java, so no matter how or where you're playing, you'll be able to take part in The Wild's contents.

The Wild comes with two biomes for players to explore: The Deep Dark and the Mangrove Swamps. The former naturally is found deep below the surfaces of the Minecraft Overworld with things like the Shrieker and the Warden inhabiting it. The latter is a much more docile and less intimidating place filled with mangrove trees, boats with chests built into them, and more to explore. Both biomes come with a bevy of new blocks for players to crush and build with after they're acquired.

Wave cautiously to the warden, become friends with the frog, and make the acquaintance of the allay, #TheWildUpdate arrives with a roar on June 7!

Where in the wild will you wander? Discover more now:


In addition to these new biomes, a couple of notable mobs are being added alongside the Warden and Shrieker mentioned previously. If you participated in the most recent community vote held by Mojang wherein players got to pick the mob that they'd want to see added to the game next, you'll be happy to hear (if you voted for this one) that the Allay is coming to Minecraft as part of The Wild. This friendly mob collects items for players and is attracted to Note Blocks, too.

One final mob being added is the frog, but this mob comes with some baggage now. While plenty of players will no doubt still be happy to see frogs come to Minecraft, another mob associated with them, fireflies, will no longer be added. Mojang confirmed the disappointing news about the fireflies not long ago and said they wouldn't be added as a food source nor would they be added at all after Mojang found out that some species of fireflies were deadly when consumed by frogs. Players haven't exactly bought that explanation completely, however, and have expressed their frustrations by asking for fireflies to be added as an ambient mob, if anything, but Mojang has no current plans to do so.

Minecraft's The Wild update will release on June 7th.

"Minecraft's The Wild Update Gets a Release Date" :: Login/Create an Account :: 3 comments

updating looking good, keep it up

I haven't played this game since probably the 360 release and every time they have an update like this I swear it looks like a different game.