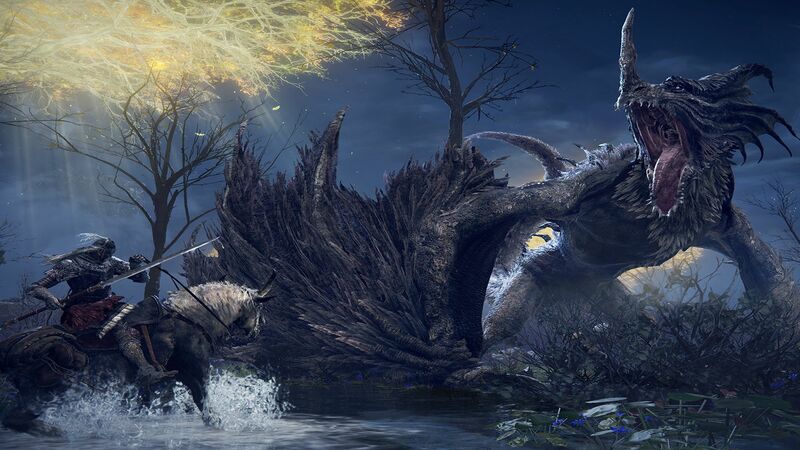 4.3
In Elden Ring, there's no shortage of things that cause harm, and players have discovered quite a few of them over the last few months. While most of those methods were intentionally created by developer FromSoftware, the latest discovery seems to be a bit of an unhappy accident. Dark Souls hacker Zullie the Witch has discovered that a cliffside wall in Volcano Manor will start to build up poison if the player makes contact. Zullie presumes that this is a glitch involving the game's Hit Material feature, similar to the one seen in the game's poison swamps!

Zullie's full video explaining the glitch can be found embedded below.

The hacker goes on to explain that this should be an easy fix for FromSoftware and Bandai Namco to implement in a future update. At this time, it's unclear whether this fix will be a priority for the developer, particularly since it's a relatively small area, and it doesn't leave a lasting poison effect. If that were the case, it could be a bigger priority. As it stands, it's just a neat little discovery that players can check out while it remains in the game!

Since its release back in February, Elden Ring has become one of the biggest games of the year. The title sold more than 12 million copies in its first three weeks, and continues to top sales charts. Over the last few months, players have immersed themselves in the game's world, looking for any possible secret that director Hidetaka Miyazaki and his team may have hidden. Given that, it's somewhat surprising that it took this long for players to discover the poisonous wall in the Volcano Manor! However, it will be interesting to see what other secrets, intentional or otherwise, players uncover.

They are still finding weird things

this game gets me always surprised