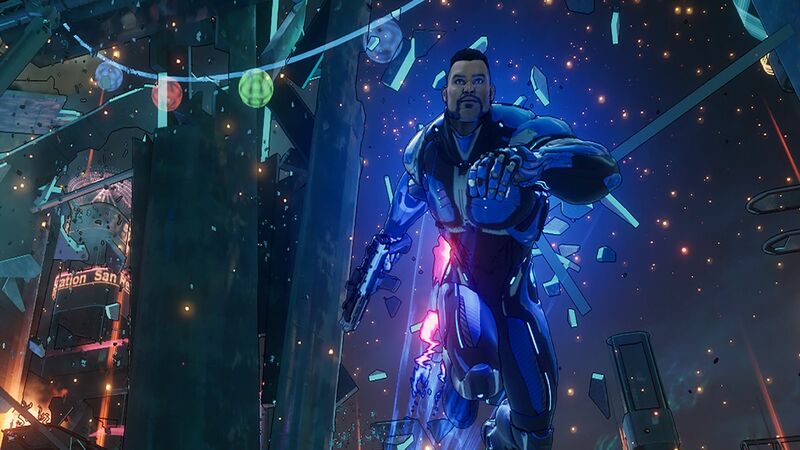 4.6
Xbox Game Studios’ Crackdown was quite successful when it was released for the Xbox 360 in 2007. Unfortunately, 2010’s Crackdown 2 did not quite live up to its predecessor, and 2019’s Crackdown 3 is generally regarded as a disappointing game.

However, Crackdown 4 or something like it may not be entirely out of the cards. It appears that Xbox Games Studios is developing a new unannounced game and brought back several former Crackdown 3 developers to work on it.

According to Tech 4 Gamers, Xbox Games Studios veterans James Goddard, Mark Simon, and Dave McCrate have been working together on an unannounced project for several years. Simon was a Design Director for ReCore and Crackdown 3 and had been working on the new project since 2017, according to his LinkedIn profile. Goddard was a Design Director on Ryse: Son of Rome and Crackdown 3 and joined the project in 2019. Finally, McCrate was a Senior Producer on Crackdown 3 and also joined the new project in 2019.

Xbox Game Studios has yet to reveal what Simon, McCrate, Goddard, and their teams are developing. However, the fact that they all worked on Crackdown 3 makes Crackdown 4 seem very likely. If that is not the case, it at least appears possible that Xbox Game Studios is developing something very similar to a Crackdown game. Xbox fans could be looking at a new open-world action-adventure game, possibly incorporating Crackdown 3’s destructible cityscape. However, Gamers may not know for sure until Xbox Game Studios makes an official announcement, and there is no way to tell how far off that might be.

The original Crackdown put players in the role of a cybernetically augmented operative tasked by the secretive Agency with restoring order to a city overrun by criminal syndicates. Players could complete objectives in any order and perform tasks to make their mission easier. The game drew heavy influence from superhero comics, and players could explore the city in vehicles or by climbing and jumping across buildings. Crackdown also had minor RPG elements in the form of upgradeable Skills.

Crackdown 2 took place ten years later and brought forward much of the same gameplay. The game sees players protecting the city from a mutagenic plague released by a rogue Agency scientist. However, players can find Audio Log collectibles revealing the Agency’s secret true role in causing the crisis. Crackdown 3 from 2019 introduced a new city and destructible environments, though some criticized the game’s lack of other innovation.

Crackdown 3’s ending opened the door for a sequel, with the Agency still acting in the shadows to advance their nefarious agenda. However, Crackdown 3 saw a disappointing launch, and Xbox Game Studios hasn’t said anything about a potential sequel. Still, Simon, McCrate, and Goddard are working on something, so Crackdown 4 may still become a reality.