Call of Duty Developer Infinity Ward is Teasing Something 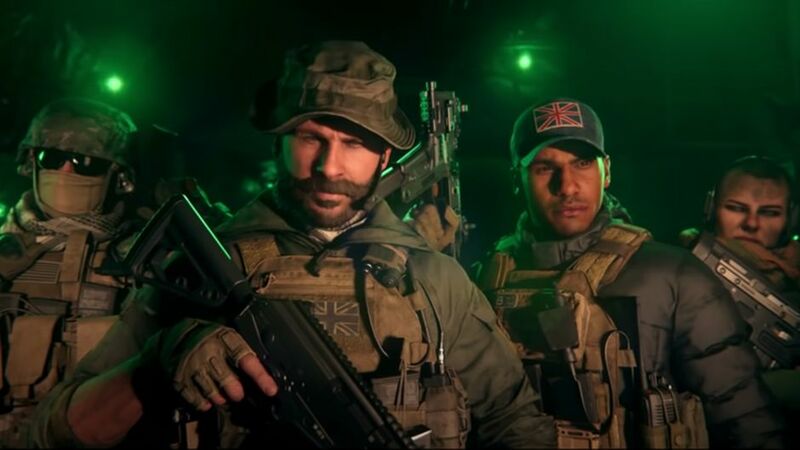 4.5
Call of Duty fans have heard plenty of rumors about the 2022 title, with many getting excited about the follow-up to 2019’s reboot of Modern Warfare. Now, Infinity Ward has seemingly added fuel to the fire, removing its social media images as a way to get the attention of Call of Duty fans.

If gamers head to the official Twitter account for Infinity Ward, they will find that the developer’s profile picture and banner image have been removed. Both have been replaced with images that are almost entirely black, though some small brown smudges can be found on each. These can be seen on the right side of the profile picture and more prominently in the banner image. What these are hinting at is anyone’s guess, though perhaps the black images could be filled in over time, revealing artwork from the game.

The decision to black out the profile picture and banner image seem like a clear nod to Call of Duty: Modern Warfare 2019. The Captain Price line “Bravo Six, going dark” was not only used heavily in the marketing for the first game, appearing in the reveal trailer, but it also became a meme that quickly took the internet by storm. With Infinity Ward “going dark,” it can be assumed that a reveal of the next Modern Warfare game is imminent. 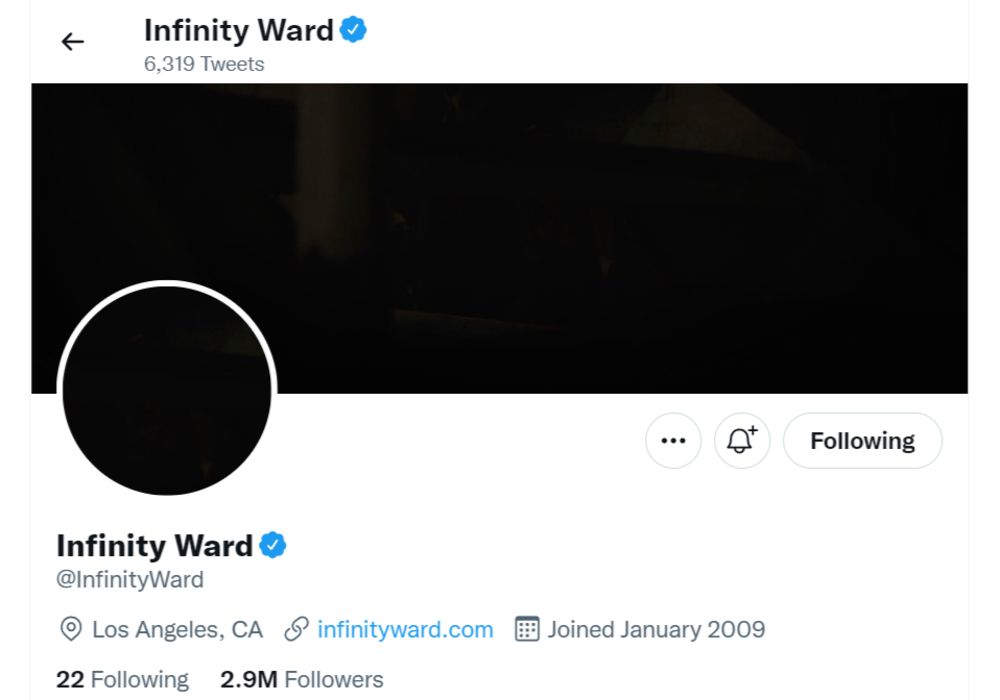 While this is just speculation, it does line up with some major leaks about the game. Not only has Call of Duty 2022 been rumored to get an earlier reveal than Call of Duty: Black Ops Cold War and Call of Duty: Vanguard, but a recent leak saw an insider named @RalphsValve reporting that the first major Call of Duty 2022 teaser would drop on April 30 - just one week from today. From a marketing perspective, going dark a week before the first official teaser makes sense. As for the full reveal, @RalphsValve claimed it would come in early May.

Supposedly named Call of Duty: Modern Warfare 2 (with roman numerals used to differentiate it from the 2009 game of the same name), the game is rumored to focus on Task Force 141 as they battle against drug cartels. Leaks have been all over the place when it comes to the game modes that will feature, with modes inspired by PT, Escape From Tarkov, and Rainbow Six Siege all teased. Classic content from the original Modern Warfare 2 is also expected to appear, with the ACR and Intervention recently leaked.

With Infinity Ward teasing something major, fans of the Call of Duty series could get exciting news very soon. Thus far, rumors and leaks have been the only source for major info on Infinity Ward’s next game, but it seems like that is about to change.

Call of Duty 2022 is currently in development.

They are always teasing about something ffs