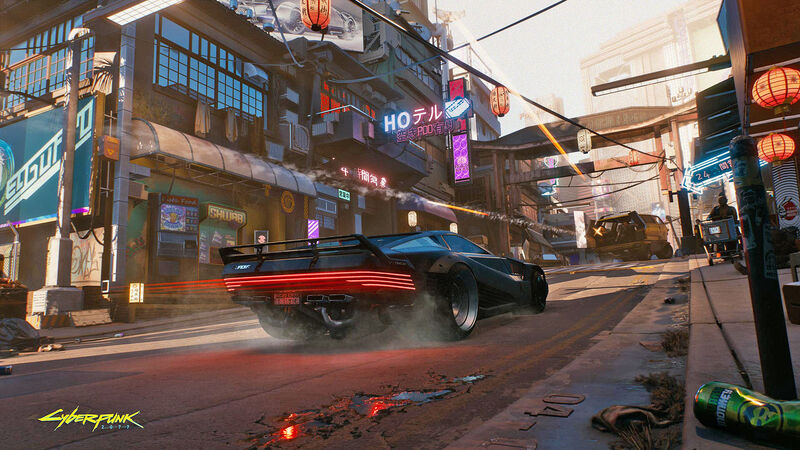 4.7
At long last, Cyberpunk 2077 finally came to PlayStation 5 and Xbox Series X earlier this year with the release of patch 1.5. This moment is one that a number of fans had been looking forward to since Cyberpunk 2077 first arrived in late 2020. However, even though this update was a big moment for the game, many other fans have since been wondering what the status is on future DLC and expansions for the open-world RPG. Luckily, thanks to one developer from CD Projekt Red, we now have a better idea of what's going on behind the scenes.

During a new live stream (spotted by Reddit), Cyberpunk 2077's quest director, Pawel Sasko, talked more about the work that CD Projekt Red still has left to do in the game. Specifically, Sasko acknowledged that there's still "work to be done" on Cyberpunk 2077 and revealed that his own efforts on the project haven't stalled at all. "We are working on stuff for you. Like I'm literally daily reviewing quests, talking to people about stuff, so it is happening," Sasko said.

Speaking more to new content that is actually coming to Cyberpunk 2077 in the form of DLC or expansions, Sasko made clear that CD Projekt Red's plans still haven't changed on this front. That being said, he also stated that he's still not in a place to talk about what could be coming on the horizon. "I unfortunately cannot tell you anything about our future plans", Sasko said simply. "[But] I can assure you that we are working on expansions; we're working on stuff for you guys."

For now, it's still unknown when Cyberpunk 2077 will be getting these promised expansions, but we'll likely learn more as 2022 continues onward. Until then, the game in its current form can be played on PlayStation, Xbox, and PC platforms.