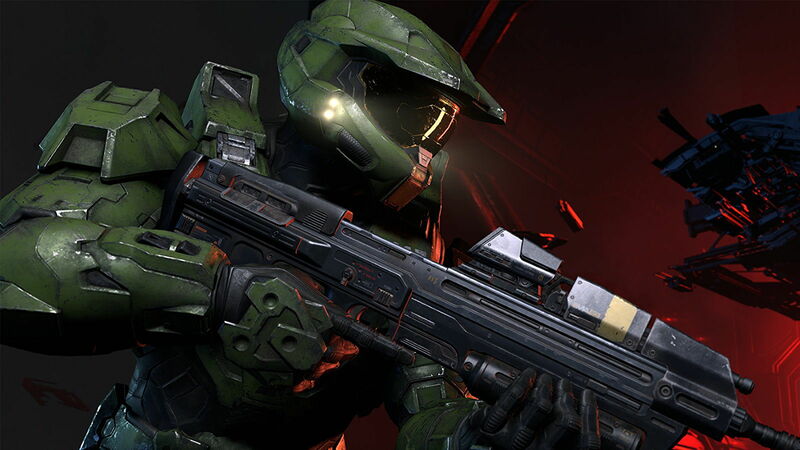 3.7
It's safe to say that Halo Infinite players are becoming increasingly frustrated over the game's lack of new updates and modes. Campaign co-op and Forge are both being continuously pushed back and the game's community director Brian Jarrard has been doing his best to try and ease the concerns of worried and irritated fans. Halo Infinite is at a stage where it needs to do something drastic to keep players happy and to drag back those who have already left.

A battle royale mode could be one such thing to do this, and some new evidence uncovered by a Halo Infinite dataminer suggests a battle royale mode could be coming soon. First found by the Halo Infinite Leaks & News Twitter account (thanks, GamesRadar), a new game mode titled Last Spartan Standing was discovered alongside a short description of the mode.

"Every Spartan for themselves! Level-Up your loadout by earning Personal Score to be the last Spartan standing" reads the description. It's pretty clear that this refers to an upcoming battle royale mode that 343 Industries has cooking, although the "Personal Score" mentioned sounds like it could have some kind of twist to set it apart from more standard battle royale titles like Apex Legends or Call of Duty Warzone. If it's enough to reinvigorate the game's declining player base is yet to be seen.


In other Halo-related news, Master Chief actor Pablo Schreiber had a message for fans hoping for the failure of Paramount's Halo TV show. In a message on Instagram posted earlier today, Schreiber told "the fans rooting against the home team" that he and the rest of the cast will be working hard to make sure the show is "the best version of itself," after concerns were raised when a showrunner claimed they "didn't look at the game" while making the series.