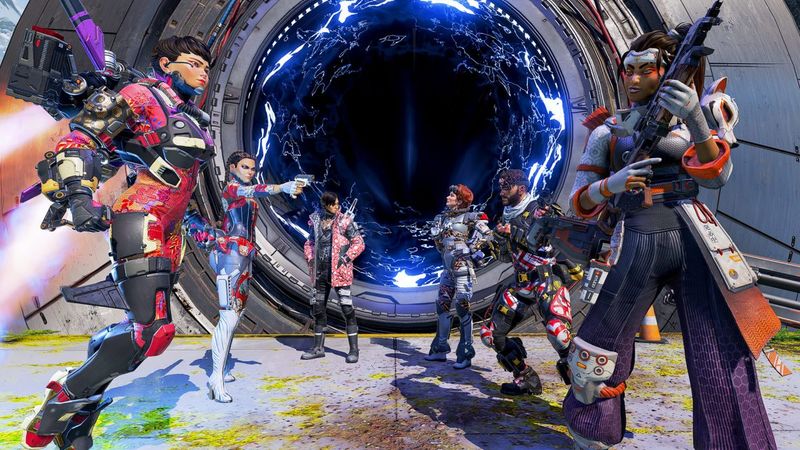 5
Fortnite developer Epic Games has frequently taken inspiration from other online multiplayer games, including Apex Legends. When Fortnite first added Reboot Vans in 2019, the feature seemed to be inspired by the Respawn Beacons from Apex Legends. Apex Legends also has Mobile Respawn Beacons, but that option does not currently exist in Fortnite. According to reliable Fortnite leaker @HYPEX, that could be changing in the near future, as Epic Games is apparently working on a "deployable reboot item." As with any rumor, readers should take this one with a grain of salt until we get some kind of official confirmation.

@HYPEX revealed the potential new inclusion on Twitter. As the leaker points out, Epic Games was working on a feature last season that would allow players to deposit gold in a Reboot Van. At the time, it was unclear what the reasoning might be, but some are already speculating that players could spend gold to revive teammates. The Tweet can be found embedded below.

Epic are working on a deployable reboot item, no other info about it tho but they were also working on a feature to deposit gold in reboot vans for whatever reason last season! pic.twitter.com/Cv1YAbCnmz


A number of Twitter users quickly pointed out the similarity between this potential feature and the Mobile Respawn Beacons from Apex Legends. Regardless where the concept came from, many fans just seem happy that a helpful option like this one could be coming to Fortnite. It remains to be seen whether Epic Games has definitive plans for this one, but hopefully the company won't leave fans waiting too long for answers!

Fortnite Chapter 3 Season 2 began earlier this month, bringing a number of new skins, including Dr. Strange, Prowler, and Mary Jane Watson. This season has also seen a number of major gameplay changes, including the removal of building. That particular change seems to have caused a split in the Fortnite community, as many players have been quite happy about the removal, while others desperately want to see building return. If this latest rumor is to be believed, it seems that Epic Games isn't done making big changes to the game!

The more features, the better for the players