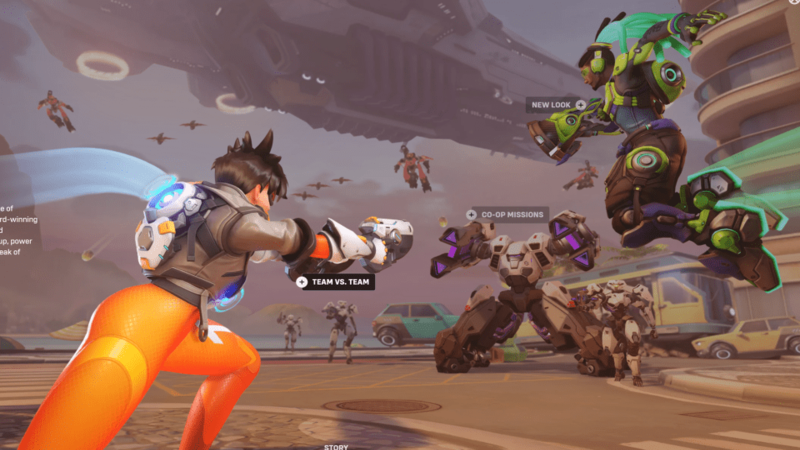 4
Popular streamer xQc leaked a tiny bit of Overwatch 2 on his stream recently. Blizzard Entertainment recently confirmed that it would be hosting an Overwatch 2 beta, giving fans the opportunity to test the game ahead of its release. The test will happen in April, but another test is happening before then. Blizzard is holding a much more exclusive, private beta test with its own employees and various professional Overwatch players and creators. This test is under NDA, so everything is meant to be a secret for the foreseeable future, but of course, accidents and leaks do happen.

Overwatch player and Twitch streamer xQc went to go play the first game on his stream, but accidentally opened Overwatch 2. In a short clip from YouTube channel Raccoonan, you can see that he launched a test server version of the game instead of the retail version. As soon as the game began to load, xQc realized his mistake and panicked, closing the game down. His friends made fun of him as he stated "Oh my god, I'm going to fu**ing jail." xQc tried to move on, noting that it wasn't intentional. Since nothing of note was actually shown on stream, it seems unlikely Blizzard will do anything to punish him, but it is a rather funny mistake.

Blizzard has already outlined some of the changes it's making for Overwatch 2, but it's likely even more will be made following the release of the more inclusive beta. For starters, the long-awaited PvE element of Overwatch 2 will release separately from PvP. Blizzard has noted that this is to get the game out quicker and allow fans to enjoy content at a faster pace, but no window has been given for the PvE mode. At the moment, there aren't even a lot of details about this new mode.

Overwatch 2 has no release date, but is expected to release on Xbox, PlayStation, Nintendo Switch, and PC platforms.

Yeah, I'm sure it was "accidently" leaked