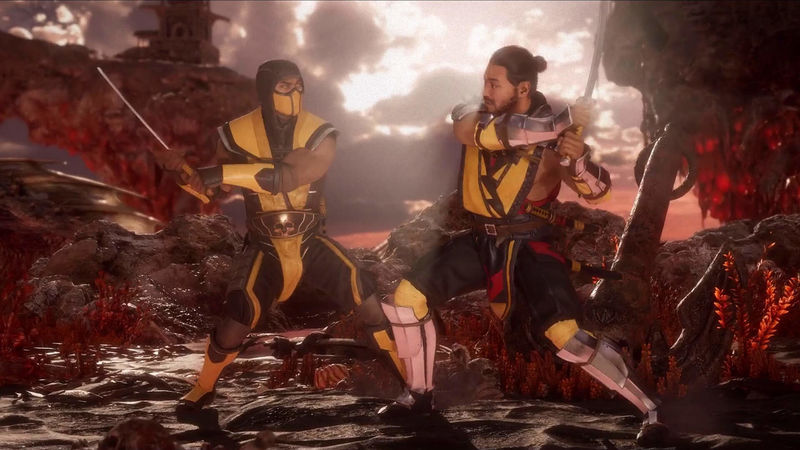 3.8
The first character in the next Mortal Kombat game, tentatively dubbed Mortal Kombat 12, has possibly leaked. After the release of Mortal Kombat 11 in 2019, the expectation was that NetherRealm Studios was going to work on Injustice 3 next. That said, according to recent rumors, the Chicago-based developer is actually working on MK12. This has yet to be confirmed, but according to a prominent Mortal Kombat leaker, the rumors are true.

Back in the build-up to release, a leaker by the name of "r00r" made a name for themselves for leaking and teasing various things about MK11 -- such as its roster -- that would later turn out to be true. It's been a while since we've heard from the leaker, but recently they took to GameFAQs to tease fans of the series. More specifically, they left a brief comment stating that "Reiko is back," followed by, "see you next year."

Unfortunately, this is the extent of the tease. Obviously, there's nothing vague about the former claim, but it's not clear if the leaker is teasing that the game won't be revealed until next year or that it will release next year. It seems to be the former, but it could be the latter or even both.


For those that don't know: Reiko is a villain that made his debut in Mortal Kombat 4 as a general in Shao Khan's army. Reiko isn't exactly the most popular character, so it's unclear why r00r would tease his inclusion, but perhaps it's meant to serve as a larger hint at what to expect from the game. That said, for now, take everything here with a grain of salt. None of this is official.

It's unclear when NetherRealm Studios will start talking about its next game, but creative director at the studio, Ed Boon, recently had the following to say about what the team was working on:

"I can say that for 10 years, we were releasing Mortal Kombat and Injustice, Mortal Kombat and Injustice," said Boon while speaking to Game Informer. "When we broke that pattern, there was a lot of speculation of what we would be doing next. I can tell you there was a reason for it, and when we announce our next game, it'll make a lot more sense. At this point, I'll get in a lot of trouble if I say anything more."

Keeps on getting better and better

All right this is looking good.