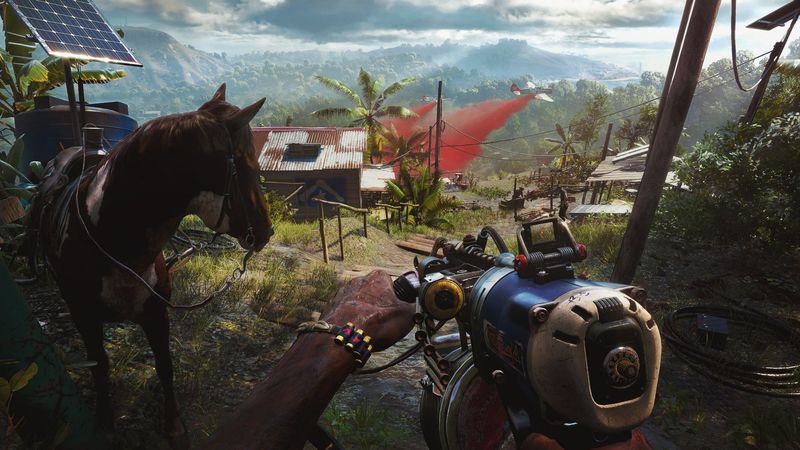 3.6
Ubisoft has surprised Far Cry 6 fans with a little bit of new conntent. The new content doesn't come the way of a new update or one of the game's planned DLC releases, making it a complete surprise. Taking to Twitter, the game's official account announced that the La Casa De Papel Bundle is now available in the game, allowing players to "stage the ultimate heist."

As the tweet notes, La Casa De Papel is a popular Spanish heist crime drama television series created by Alex Pina, which just concluded its five-season run on Netflix, after starting on Antena 3, earlier this year to critical acclaim. It's an interesting crossover, but not very surprising considering that Ubisoft and Netflix have a working relationship, which includes two Far Cry animes, both of which are currently in the works.

Below, you can check out the aforementioned tweet, which comes with a brief teaser trailer showcasing the new content:

LA CASA DE PAPEL™ BUNDLE OUT NOW
Stage the ultimate heist with this gear bundle based on the hit @Netflix series.#FarCry6 pic.twitter.com/JWeABxCsex


At the moment of publishing, there's no word when the game's next proper DLC or the game's next update will release. When this changes, we will be sure to update you with whatever you need to know.