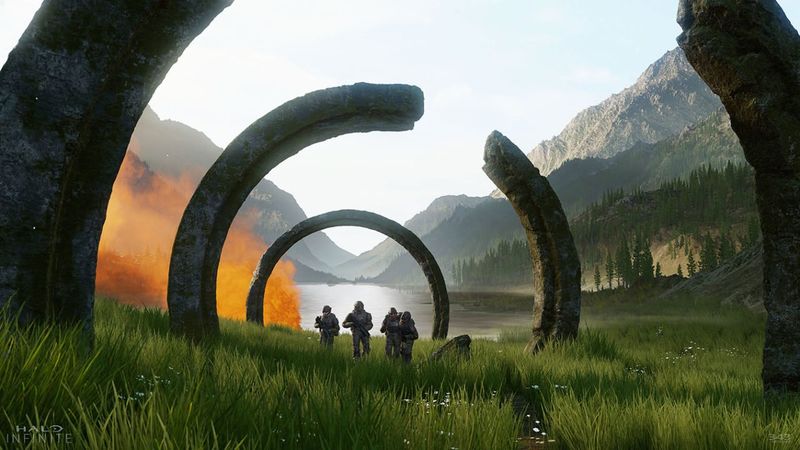 4.1
Microsoft has filed a US trademark application for ‘Halo: The Endless’.

As spotted by Aggiornamenti Lumia on Twitter, the application was filed on December 3 and was updated on December 7, the day before Halo Infinite’s release.

While it’s unclear what Halo: The Endless is a trademark for, its listing on legal website Justia suggests it could be tied to a variety of entertainment goods and services including games, movies, TV and radio shows.

Having originally been scheduled for release in November 2020 as an Xbox Series X/S launch title, the latest entry in Microsoft’s flagship series finally arrived on Wednesday for consoles and PC.

Just prior the Halo Infinite’s release, Microsoft confirmed its campaign missions can’t be replayed once they’ve been completed unless users start a new save file.

Halo Infinite’s first two missions are set off Zeta Halo and once they’re finished there’s no way to return to them, meaning collectibles missed on a first playthrough can’t be obtained later without starting a new game.

After these first levels the game transitions to a more open-world structure, which enables players to revisit areas and hoover up collectibles they might have missed when playing earlier missions.

Paramount will premiere the first trailer for its upcoming Halo TV series at The Game Awards later today. Starring Pablo Schreiber (The Wire, Orange Is the New Black, First Man) as Master Chief, the show will air exclusively on streaming service Paramount+ when it launches in the first quarter of 2022.