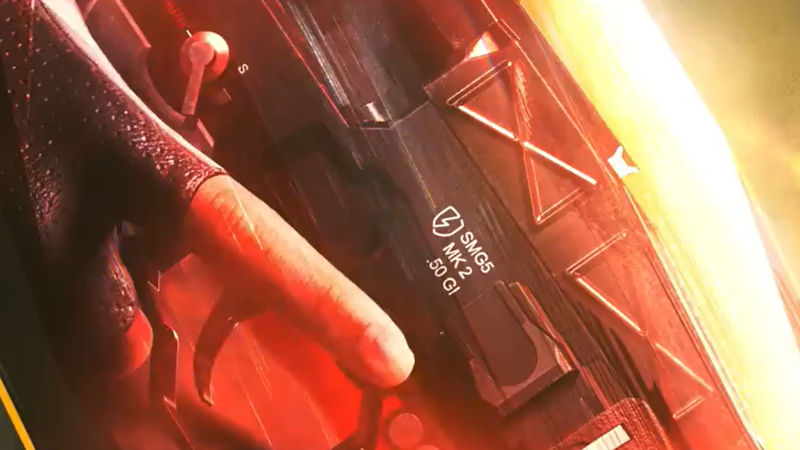 4.3
Rainbow Six Siege: High Calibre is officially the name of the game’s next season, and the first teasers have arrived to give us a hint about what to expect. The teaser indicates that we’re getting a brand-new weapon – likely a new type of SMG.

The gun in the teaser has “SMG5 MK 2 .50 GI” written on the side, which gives us a pretty clear idea of what type of gun we’re getting. .50 GI ammunition is comparable in size to .45 ACP – to non-gun-nuts (like myself), that means this isn’t some kind of .50 calibre arm-wrecking monstrosity of a submachine gun.

In a Reddit AMA a few months ago, the devs confirmed that a new weapon would “be available soon” as they target one new gun per year – so it looks like this is the one. Dataminers have uncovered apparent details on the operator for the new season, too. Apparently she’ll be named Thorn, and be equipped with Razorbloom Shells that can stick to surfaces and will act as a damage-dealing proximity trap.

Rainbow Six Siege’s next Major is scheduled run from November 8 through November 14, and the full reveal of the new season is likely to take place near the end of the event.

You'll need bigger rounds if you want to get the job done. pic.twitter.com/THaY8qSWoP