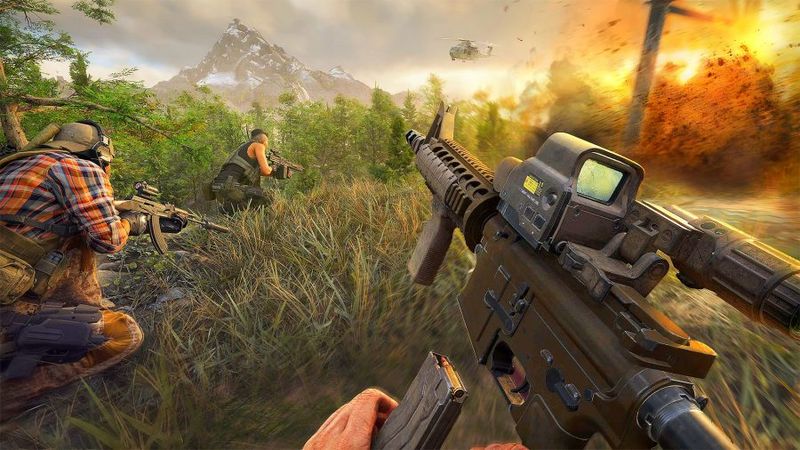 Developer/publisher Ubisoft announced the delay to the forthcoming closed beta phase for Ghost Recon Frontline earlier today on October 13, in the tweet seen below. Originally, the closed beta test for Frontline was scheduled to launch later this week on October 14 for PC users only, before expanding to other platforms at an unspecified later date.

We have an important message regarding Ghost Recon Frontline's Closed Test. pic.twitter.com/ne1VgOLMJF


Now, it's entirely unclear when the closed beta test for Ghost Recon Frontline could be coming back. Aside from being PC-exclusive, the planned beta test was meant to be only available in select European countries, before eventually expanding to other regions around the world. It's also unclear whether this will happen when the closed test returns.

Ghost Recon Frontline was originally unveiled earlier this month by Ubisoft, as part of its 20th anniversary celebration of the larger Tom Clancy franchise. Aside from unveiling Frontline, Ubisoft also announced that the original Tom Clancy's Ghost Recon, which launched all the way back in 2001, would be free for a limited time on PC, as well as making DLC packs for Ghost Recon Breakpoint and Ghost Recon Wildlands would also be temporarily made free for all.

If you're unfamiliar with what Ghost Recon Frontline actually is, it's the Tom Clancy franchise's take on the battle royale formula. For a deeper dive into how exactly the game functions, as well as our in-depth interview with the developers spearheading the project at Ubisoft, you can head over to our extensive Ghost Recon Frontline preview for more.

I love the GR games. I hope they resume with the beta and release it soon

Dang, This game was gonna be fun to play. I hope its out soon. I love playing the ghost recon franchise. There games are actually fun to play. I hope it comes out soon so I can test it out. I wonder if they have a sign up for the beta for people to get on a list until they come out with the beta. I know I am gonna prob grab a hold of this game when it is released. Sad that Tom Clancy has passed.