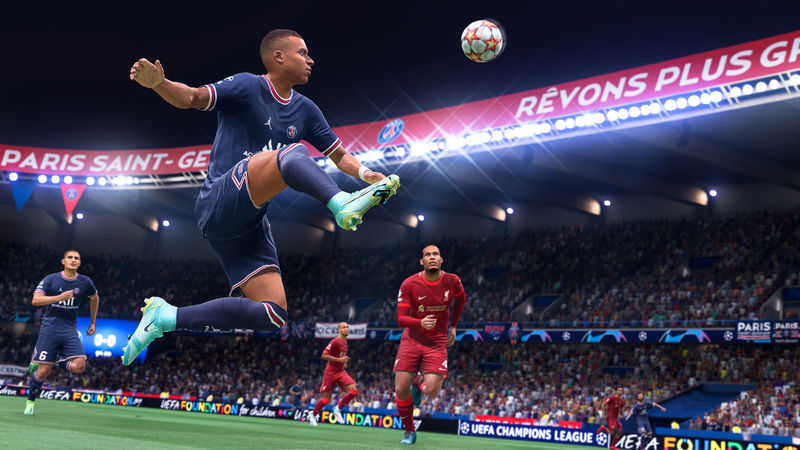 4.7
A high-ranking executive at Electronic Arts has responded to criticisms of FIFA's loot box system, saying 90% of people who play FIFA Ultimate Team do not spend real money to open packs. Speaking to Eurogamer, EA chief experience officer Chris Bruzzo defended FIFA's use of loot boxes, which make a lot of money for EA but have also been controversial and have led to government inquiries.

"Let me be very very clear about this point: nine out of 10 FUT packs that are opened in FIFA are opened with coins. Coins are earned by playing the game. That's not real-world money," Bruzzo said.

Bruzzo said that FIFA allowing players to spend real money to make the best possible team resembles how real-world traditional sport works. "In real-world football, you can use resources to assemble the best possible squad. And in our video game, you can use either FUT Coins or FIFA Points," Bruzzo said. "And nine out of 10 packs are opened with FUT Coins, which are earned by players who are playing the game."


Additionally, Bruzzo pointed out that 78% of all players for FIFA 21, the latest game for which data was made available, never spent any money at all (beyond the initial purchase).

Bruzzo also pointed to how regulators around the world have declared that loot boxes do not constitute a form of gambling; researchers also agree, Bruzzo said. In the UK, the situation is a little different, and Bruzzo said EA is "actively working with the government" to find a solution. "We're at the table with our industry partners and with the government. And we're ready to hear what those issues are. And we're ready to engage on real solutions, because we're real people," Bruzzo said.

Bruzzo also admitted that he is frustrated and upset, too, when he hears reports about any kind of negative situation surrounding FIFA and people spending too much money.

"When I hear about an individual who has spent too much time or too much money in FIFA, it pains me. It drives us, actually. We don't want that. We're not building the game for that," Bruzzo said. "So it drives me to want to encourage things like the FIFA Playtime dashboards, to encourage parental controls, to spend real dollars with organisations like Internet Matters, to massively increase awareness around how many controls parents have around spending, not just in our game, but in all games. So we're ready. We will work on real solutions. But we need to get to some kind of consensus."

Bruzzo said EA is taking steps to make sure children cannot spend real money in Ultimate Team by working with platform-holders and creating a system in the game itself that doesn't allow people under 18 to spend money.

"When we look at account signups, we see very low percentage of accounts of people under the age of 18," Bruzzo said. "But more importantly, our default is set to no spending for accounts under 18. And we work with Sony and we work with Microsoft to also institute spending controls as a default for children. Kids should not be spending in FIFA full stop."

FIFA 21 was the first game in the series to offer "preview packs" for Ultimate Team mode, which allow players to get a glimpse into a pack before buying it. This system actually led to EA making even more money from Ultimate Team, and the feature was brought forward to FIFA 22.