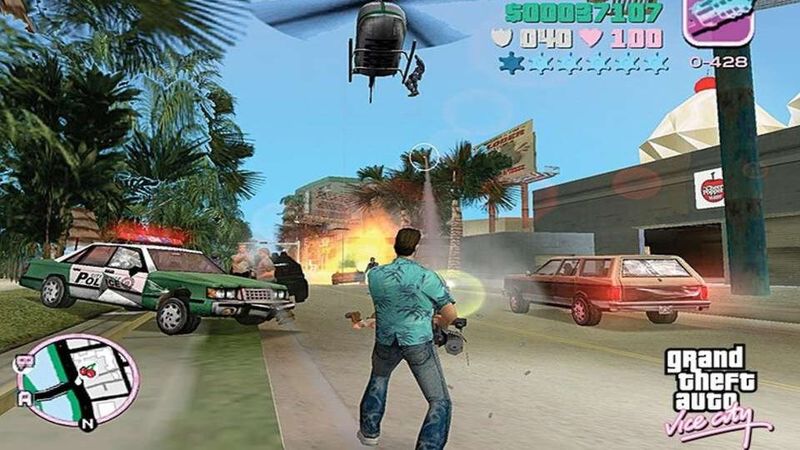 4.3
More evidence surfaced this week to suggest that the remasters of several popular Grand Theft Auto games are indeed real and will be packaged into one neat trilogy collection. Grand Theft Auto: The Trilogy – The Definitive Edition was spotted within a ratings board with Take-Two Interactive listed as the owner of the product. No release dates nor details pertaining to what's inside that GTA trilogy were provided, however, so while we don't know anything more than what's already been said about the game in the past, ratings leaking like this are typically pretty solid indicators of a product's existence.

The rating in question comes from Korea and can be seen here and in the tweet below from Nibel who screenshotted the listing for the GTA collection. While this is still far from an official announcement from Rockstar Games, it's more evidence to suggest that the months of rumors and speculations about future GTA projects were indeed on track when they suggested that we'd be getting a rereleased collection like this.

Grant Theft Auto: The Trilogy - The Definitive Edition has been rated in Koreahttps://t.co/XL9AAhOC0E pic.twitter.com/af4rk2EfoP


The games that are supposedly going to be included in this collection are Grand Theft Auto 3 Remastered, Grand Theft Auto: Vice City Remastered, and Grand Theft Auto: San Andreas Remastered. Each of those have been released in a GTA trilogy already, but that bundle consisted of the original games and no remastered versions. That's the thing that'll set this trilogy apart from the other collection that's currently available since it'll allow people to see and play the games in a newer, more modern way.

Some supposed details on this project were shared back in August when Kotaku reported on the existence of the remastered trilogy. The collection was likened to a "heavily-modded version of a GTA title" by a source cited in the report. "New and old graphics" would also be present, though the games will apparently try to stay true to the roots of the era of games they came from.

These remastered games were also spotted in the big list of NVIDIA GeForce NOW games that were unearthed not long ago. NVIDIA has since confirmed that list to be real but said the titles mentioned there were only speculative ones. Based on the details shared about the trilogy already and the new rating that's been spotted, it seems the existence of the GTA trilogy is a bit less speculative than others.

Rockstar Games has not yet formally announced Grand Theft Auto: The Trilogy – The Definitive Edition or anything like it.

PDC Looking forward to seeing if this is true.

They're currently suing a group that remastered GTA 3 and had it online for free, makes sense they'd target them as that threatens their profits.

Looking forward to seeing if this is true.