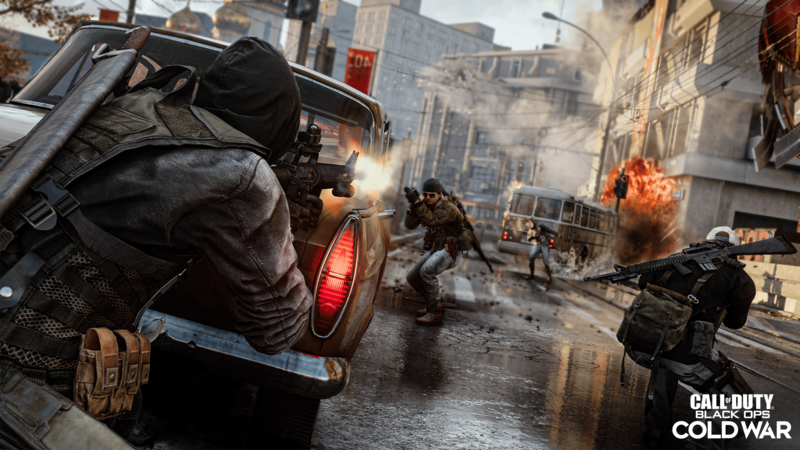 The video highlights the efforts publisher Activision is taking to combat cheating in Call of Duty Warzone, which has been a major issue in the game since launch, to the extent that a new anti-cheat system is being marketed as one of the key features of the next premium Call of Duty game.

Last week it was announced that another 100,000 players had been banned from Warzone in the publisher’s latest action. And now, its new video warns: “We know what you’re doing. We’re coming for you”

You can watch the video via the embed below:

This is not a drill: If you cheat, we are coming for you 🎯

Banwaves are ongoing, and PC anti-cheat is arriving in #Warzone later this year. pic.twitter.com/EUXc3COCIn


The video contains what it claims is “a real reaction” from Warzone player ‘Rushman360‘, who says he had all of his accounts banned for cheating “without even playing it”. The user then goes on to claim that he’s glad the bans happened, as it suggests Activision is taking Warzone cheating more seriously.

“This is not a drill: If you cheat, we are coming for you,” the official Call of Duty Twitter account wrote. “Banwaves are ongoing, and PC anti-cheat is arriving in Warzone later this year.”

Warzone’s PC anti-cheat system will be introduced later this year, following the release of Call of Duty: Vanguard and a brand new game map.

Activision has now issued over 600,000 Warzone permabans since the free-to-play shooter launched in March 2020.

The company claimed in February that it was dedicating resources “24/7 to identify and combat cheats, including aimbots, wallhacks, trainers, stat hacks, texture hacks, leaderboard hacks, injectors, hex editors and any third party software that is used to manipulate game data or memory”.

XBL-AB thanks for the new anticheat. did we mention that its already gonna be bypassed before the game launches?

Exactly lol a lot of cheat devs like hyper hax for example are beginning to use DMA which can't be detected by industry leading anti cheats like EasyAntiCheat and Battle Eye. COD has always had a huge ego though.

thanks for the new anticheat. did we mention that its already gonna be bypassed before the game launches?

Well they made a video on a moron cheater lol obviously fat boy doesn't know he needs to clean tracers off his pc and get a spoofer.

this is still a change lol at least there starting

They're going with their own new in house Anticheat, not something that's been aggressively tested and used like BattlEye or EAC.

Cheat devs are going to move their Anticheat to the side like a lightweight screen door.