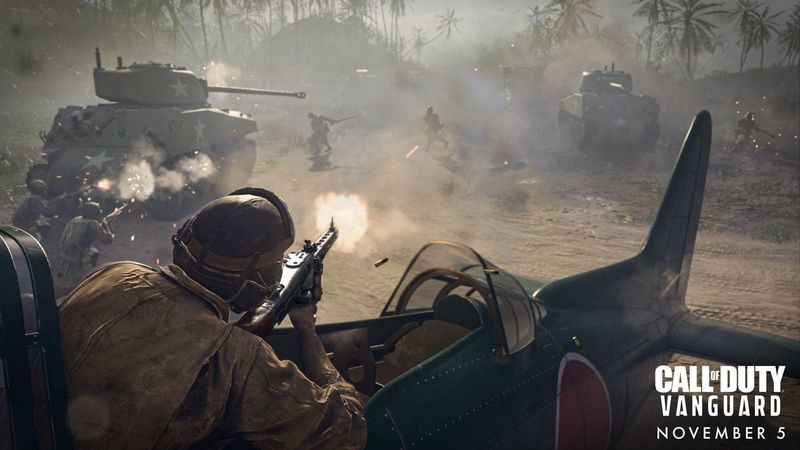 5
Call of Duty: Vanguard finally held its first alpha phase over the course of this weekend, which allowed players to get their first look at what this year's installment in the long-running franchise will look like. In the process, it also shed some of the first light on the many different pieces of equipment, perks, and other features that will be seen in the multiplayer portion of the title.

Broken down on the Sledgehammer website, the studio fully revealed all of the perks, equipment, streaks, operators, and more that are usable in Call of Duty: Vanguard at this point in time. While there is usually a lot of commonality between Call of Duty titles, Vanguard is obviously a bit different in some regards since it takes place in a different time period. As such, many of the pieces of equipment, in particular, are different compared to what you might see in Warzone or Modern Warfare.

Still, many other features in Vanguard are similar in some capacity compared to other entries. For instance, streaks can still result in you using spy planes (which is essentially the same as a UAV drone) to get the drop on other players. Many perks are also similar as well, with frequently seen abilities such as Double Time and Demolition making a comeback. For the most part, the game seems to have a lot of common DNA with other titles, but with a bit of a different spin.

If you didn't already have the date circled on your calendar, Call of Duty: Vanguard is set to come to PlayStation, Xbox, and PC platforms later this year on November 5. Additional multiplayer beta phases are slated to take place for the game in the months leading up to launch.

And in case you're curious to see everything that Sledgehammer Games let players use in this initial Vanguard alpha, you can find all of the streaks, perks, and pieces of equipment down below.

If the alpha was anything to go by, Vanguard will be lit!