Vanguard's New Gameplay Mechanics Could Ruin Warzone According To JGOD 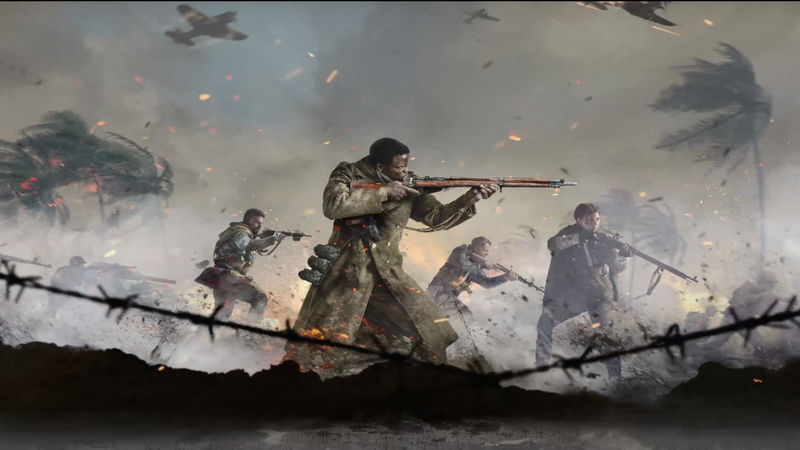 4
Gamescom’s Opening Night Live gave fans their first look at Call of Duty: Vanguard gameplay, and although it all looked beautifully chaotic, there were some important gameplay mechanics shown off.

Many Call of Duty fans will be aware that Vanguard will be implemented into Warzone a few weeks after the game’s release. This means a brand new Warzone map plus Vanguard weapons and more.

Vanguard was created in the same engine as Modern Warfare (2019) to make sure this integration was as smooth as possible. But, with a few new gameplay mechanics appearing in Vanguard, JGOD believes that if integrated into Warzone, could ruin the game.

JGOD BREAKS DOWN NEW VANGUARD MECHANICS
In one of JGOD’s most recent YouTube videos, he discusses some of the new Vanguard gameplay, breaking it down frame by frame.

One of the first pieces that the Call of Duty pro picks apart is the new ‘Blind Fire’ feature. Essentially, this allows the player to shoot from behind cover without completely revealing themselves.

When showcased at Gamescom though, JGOD pointed out that when blind firing, the bullet spread actually tightens as if the player were aiming down sight. But in actuality, blind firing should act similar to hip firing, meaning that bullet spread should be increased, making it harder to hit your opponent from behind cover.

Of course, blind firing still won’t be as accurate as aiming down sights, but it’s an aspect that can completely change the way we play in Warzone.


One of the other features showed off in the demo was the return of weapon mounting, but with a slight twist.

Many Warzone and Modern Warfare players will be familiar with mounting your weapon to a surface in order to decrease recoil. Well, everyone’s favorite game mechanic is returning in Vanguard, but now players will be able to strafe from side to side whilst mounted.

The gameplay demo showcased the character mounting their bolt action rifle to the banister of a staircase, but then sliding side to side whilst mounted.

JGOD pointed out that this isn’t too much of a big issue as the surface would need to be very specifically designed to allow you to do this. Players won’t be able to strafe side to side on every mountable surface.

But, Vanguard’s new ‘Blind Fire’ mechanic is definitely something that could shake up Warzone if it’s implemented into the popular Battle Royale. Make sure to check out JGOD’s breakdown video for his full analysis.

WHEN DOES CALL OF DUTY: VANGUARD RELEASE?
Sledgehammer Games has revealed that Call of Duty: Vanguard will be available on November 5th for PlayStation, Xbox, and PC.

But don’t worry if you can’t wait that long as an exclusive PlayStation Alpha is available from August 27th until August 29th.

It's cod they have no consistency what you expect.