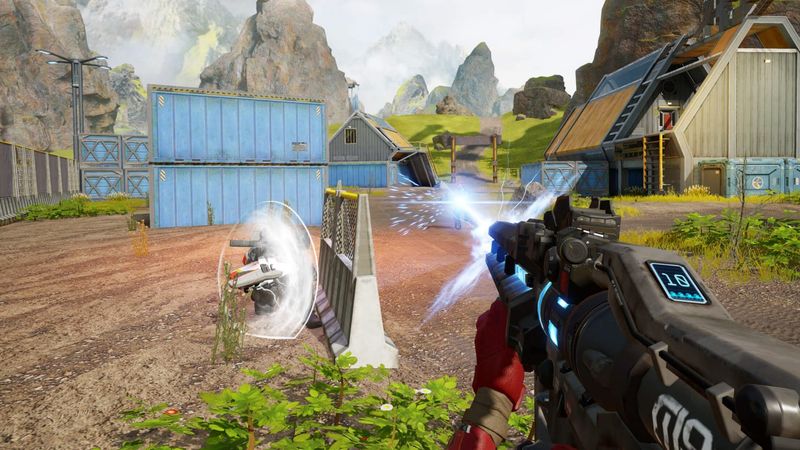 3.5
If there's one question that's dogged Apex Legends ever since it surprise-dropped in 2019, it's probably: where's the wallrunning? Over two and a half years later, a modded build of the game has finally given us a glimpse of the Titanfall battle royale we never quite got.

Recently, a number of Apex content creators have begun accessing an unofficial, moddable build of the game, letting them play old event maps, tweak legend abilities, or even bring back guns like the EPG Rocket Launcher from Titanfall 2. It's not clear who distributed this build, or where EA stands on the legality of third-party Apex clients (in all likelihood, not well), but it's given us a phenomenal look at Apex as we've always wanted to see it.

Posting on one of their secondary YouTube channels, Titanfall movement legend MokeySniper showed off footage of Apex speed lad Octane gliding effortlessly across World's Edge. Getting across World's Edge's enduring urban pain-point usually takes minutes of hard-fought skirmishing, but Mokey glides and bounces from wall to building in a matter of seconds.

Granted, it's also immediately apparently why Apex didn't go the wallrunning route watching this. Tracking a full lobby of 60 players yeeting themselves across the map sounds nightmarish, never even minding the pain of having to build maps big enough to accommodate this speed in a battle royale. Personally, I think Apex struck a fine balance of keeping what was interesting about Titanfall's movement while keeping it manageable.