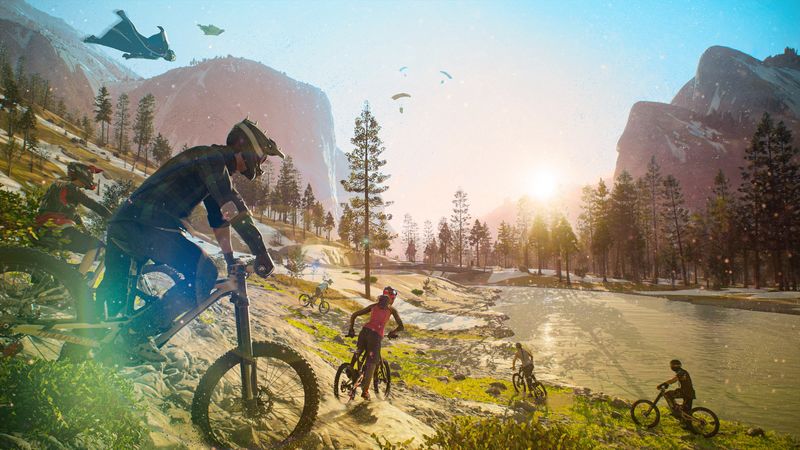 3.6
Ubisoft has revealed that its upcoming game Riders Republic will be getting a closed beta later this month. Those interested in checking out the beta can register right here for the chance to participate, and players will be prompted to provide their platform of choice. The beta will be held from August 23rd at 7 a.m. UTC through the 25th at 4 p.m. UTC. Pre-downloads for the beta will begin on August 21st, but it's unclear exactly how many players will be selected. Hopefully Ubisoft will be able to offer more than enough spots in the beta to meet demand!

A Tweet announcing the beta can be found embedded below.


As has been the case for similar betas, players should not expect to see their progress carried over to the final version. According to Ubisoft, "the Beta is a work in progress version of the game, so your progress will not be carried over to the final game." That's sure to disappoint some players, and it might even deter some from taking part in the beta. However, it does make sense, and it won't give anyone an unfair advantage when the final version releases. Those interested in the beta should also be advised that they will not be able to post, talk about, or stream anything from the beta.

For those unfamiliar with the game, Riders Republic is a "massively multiplayer sports game" with five different activities: snowboarding, skiing, mountain biking, wingsuit flying, and rocket wingsuiting. Players can compete with one another in online races, with 50 players at a time on PC, and 20 on console. The game will also offer a career mode with different progression paths, and the option of signing with different sponsors.