4.5
The GTA games have been one of the longest-running franchises and over the years, it has built a massive community around it. The first game was released back in 1997, and the series has evolved a lot since then, adding several new gameplay elements, mechanics, and much more.

It’s been a while since we last got a game in the GTA franchise, with GTA 5 releasing back in 2013. The game was given out for free on Epic Games Store for a limited time, and that boosted its playerbase considerably. It still has over 100k players playing the game on a daily basis. That combined with the release of frequent content updates, makes the game far from being dead.

That being said, fans are quite curious about the next installment in the GTA franchise and have been eagerly waiting for it for a long time. Many believed that we will be getting an announcement during the next-gen consoles reveal, but all we got was an enhanced version of GTA 5 itself.

GTA 6 VICE CITY RUMORS RESURFACE AFTER TEASING INSTAGRAM POST
We have been getting several rumors related to GTA 6 lately, ranging from long 4chan posts to several claims on Reddit. Most of these, however, have very little credibility which is why it should be taken with a grain of salt. From the implementation of cryptocurrency to drugs, there is practically no limit to the rumors we have so far.

Today, Soundtrack Manager and Music Supervisor Tony Mesones shared a picture on Instagram of a place in Miami, with the caption “Who said it would be cold??”. One would believe that it is just merely a normal Instagram post of a person on vacation, but there is more to it. 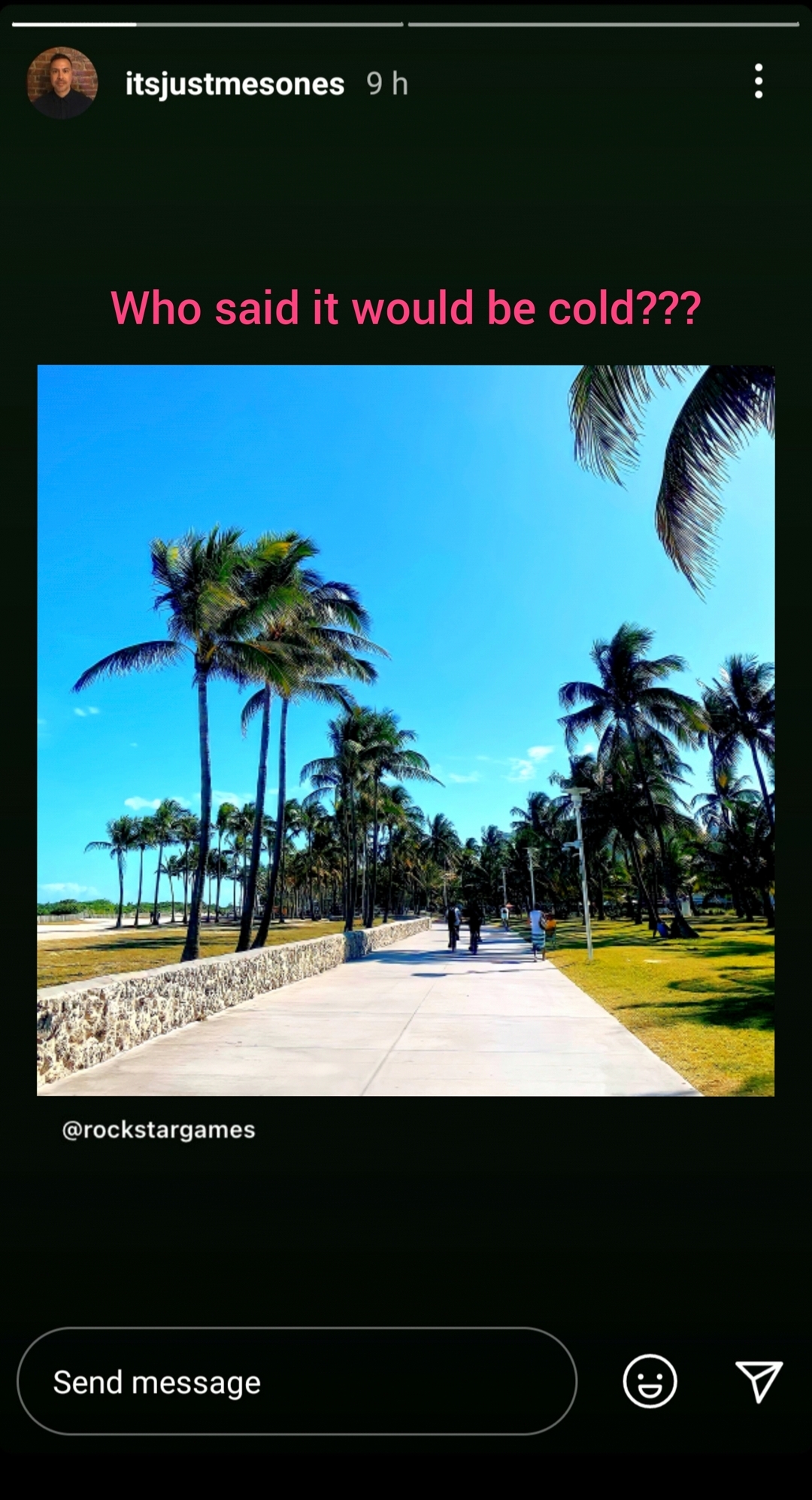 The story has the official handle of Rockstar Games tagged, which has led many people to believe that the Rockstar employee was possibly hinting towards something. Could it be the setting of the next GTA game, which is reportedly Vice City according to rumors? It could also be the GTA Vice City Remaster which has also been amidst rumors for a while now. Or it could just be a mere coincidence and it was nothing more than a vacation picture. Only time will tell. Until then, fans can’t stop themselves from coming up with theories with whatever little information they get.

Just cant wait for a new GTA game. It's so overdue. GTA 5 is just still making so much $$

Rockstar needs to bless everyone with another crazy game already