Warframe finally gets cross-play and cross-save later this year 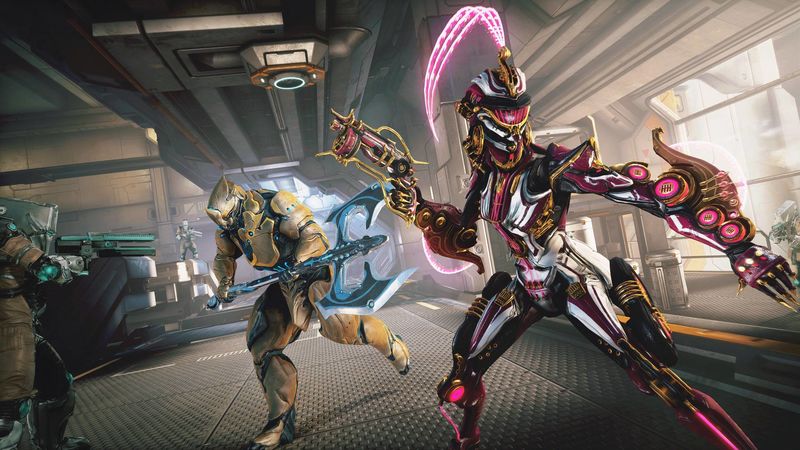 4.2
Cross-play and cross-save are finally coming to Warframe.

Confirmation came during this weekend's TennoCon 2021 online conference, and though developer Digital Extremes stopped short of giving us an explicit date for our diaries, players of the eight-year-old shooter should be able to cross-play across Nintendo Switch, PC, PS4, PS5, Xbox Series X/S, and Xbox One "later this year".

You can check out the reveal that cross-play and cross-save are "in development" via the teaser below:

The five-minute video shows various members of the Digital Extremes team meeting up together on a range of different platforms, including Nintendo Switch, PC, and Xbox.

That's not all, either. The same presentation also showed off "Warframe: The Full Experience" "running on mobile", too, and joining in with PC and console players, allowing all Warframe players to "play anywhere with anyone".

"Community is incredibly important to us," Sheldon Carter, studio manager at Digital Extremes, said at the time of the announcement (thanks, Kotaku). "Opening up cross-play and cross-save is just one of many more efforts we'll take on to bring more players together including extending Warframe's fast, fluid, action combat experience to other global gaming platforms."

Not yet experienced Warframe?

"The game of weird space ninjas fighting even weirder enemies just keeps growing - first with more kinds of randomly generated corridors, then with all-new open worlds to explore, and now even full-on ship-to-ship battles featuring every kind of Warframe combat.

"Warframe remains some of the most fun you can have in any game today, free or not. Just don't let the rough post-tutorial part, where you're still figuring out what the heck to do, turn you off before you get into the real meat."

"Warframe finally gets cross-play and cross-save later this year" :: Login/Create an Account :: 0 comments