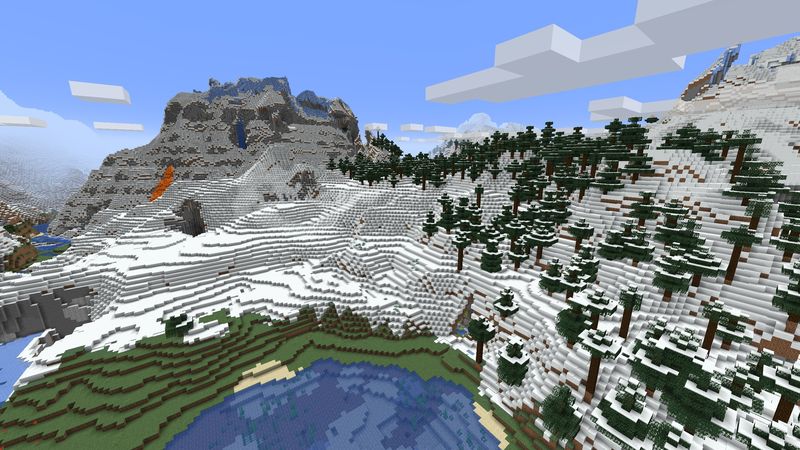 3.6
The first half of Minecraft’s Caves & Cliffs update released not long ago, and already Mojang is back with another preview into the next planned release. Available as of this week are two new “World Generation” experiments which essentially act as small slices of Caves & Cliffs: Part II for players to try out. The experiment has been extended to both the Java version of the game and the Bedrock version which means that everyone should be able to access the content if they want.

Tests like these are often limited to Snapshots which in turn are always limited to only Java players, so the fact that this is available to those on the Bedrock version too means that it’s something that should be taken advantage of if you’re looking to see what’s coming next. The second half of the Caves & Cliffs update includes content which was delayed whenever Mojang decided to split the larger release into two parts.

Ready your pickaxe, your finest dusty old typewriter, and preferably your Minecraft client too!

Our latest experimental toggle & snapshot is testing world generation for Caves & Cliffs: Part II, and we need YOUR feedback! Learn how you can join in:


What you’ll see in these experimental World Generations differs depending on whether you’re on the Bedrock or Java versions of the game. Details pertaining to what’s been added to both versions can be found below with info on how to try out the Java test and the Bedrock test found through the corresponding links.

Minecraft is a gem, but now they've added too much. It's not as simple as it should be anymore, it's success was its simplicity.

It's truly insane to see how massive Minecraft has become, I barely recognize some of it now...