Rainbow Six Siege's Most Controversial Map Is Coming To Ranked 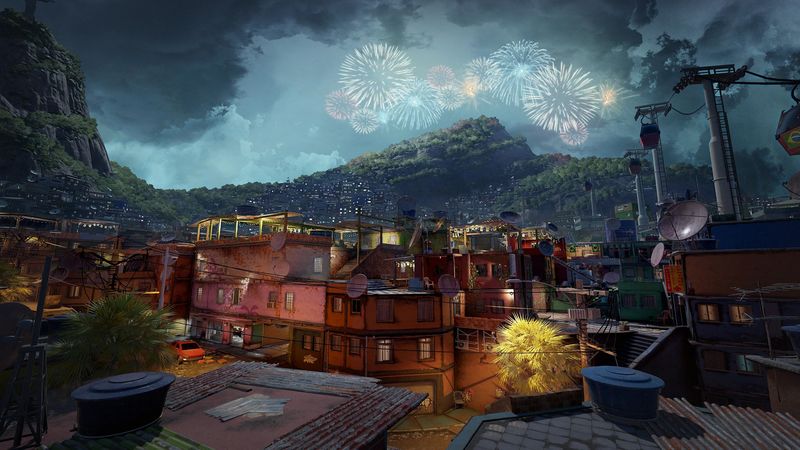 4.3
Rainbow Six Siege's most controversial map, Favela, is making its way over to ranked play following big tweaks that were made to its layout and systems.

As reported by PC Gamer, Ubisoft announced that the map would be joining the ranked roster over on Twitter. The map is currently available to try out on the Siege test server but will be coming to live servers in update Y6S2.2 later in July.

We know you want to give it its chance in the moonlight, so Favela is coming to Ranked and Unranked playlists near you!


Ubisoft's Tweet seems to poke light at Favela's reputation, saying, "We know you want to give it its chance in the moonlight, so Favela is coming to Ranked and Unranked playlists near you!"

Although Favela started off as very controversial when it originally launched, it saw a rework for the North Star update. It was originally only supposed to be tweaked for quick play matches, but this Tweet seems to indicate that Ubisoft thinks the changes made are enough to bring the map over to ranked mode as well.

The original Favela was controversial mainly because of how destructible the map was. It was considered to be unfairly skewed in the attacker's favour because it gave them far more opportunities to destroy the map, whilst defenders would have to try and reinforce it all.

Ubisoft has reworked Favela to try and keep it looking the same, although now a nighttime map, whilst reducing the amount of destructibility and reworking the layout to make it easier to get around. Even with these changes, players probably weren't expecting to see it come to ranked so soon.

Another interesting detail is the fact that Favela is a nighttime map, which were previously removed from ranked play due to players being able to hide in the dark too well. Favela's introduction to ranked implies that nighttime maps might be making a return.