Team Sonic Racing may be getting a special edition 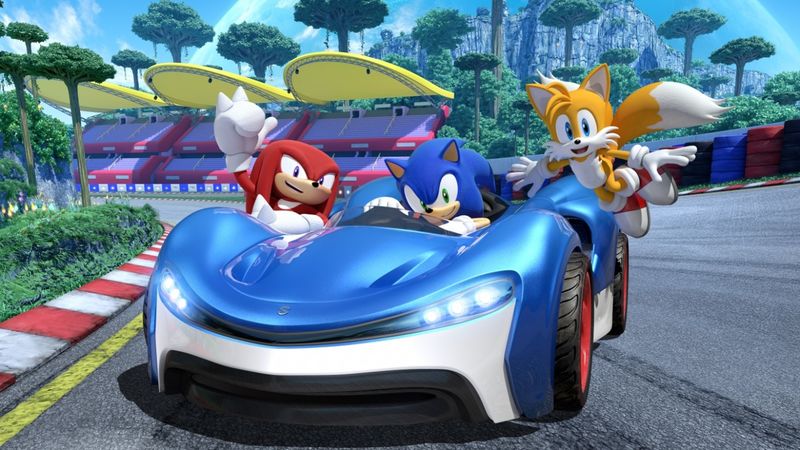 4.3
Normally gaming leaks should be taken with a pinch of salt, but now and again the rumours stack up until they must be the truth – however, there are plenty of times where the truth itself is even more ridiculous. On that note, fans have uncovered the existence of Team Sonic Racing: 30th Anniversary Edition.

Team Sonic Racing is the latest SEGA kart racing game that released in 2019, and while it’s a pretty fun Mario Kart-style racer for PC, most fans agree that Sonic & SEGA All-Stars Racing: Transformed is the superior game – it had a character based on Company of Heroes 2, for starters, and is definitely in need of a re-release.

Which is part of the reason why the idea of a special edition re-release of Team Sonic Racing is so weird. As leaked by French store Sogamely (via TailsChannel), Team Sonic Racing: 30th Anniversary will reportedly be out on October 27 and currently only has pages and box art to Switch and PS4 versions of the game – but we assume it’ll be released on all platforms, including PC.

While the leak seems undeniable, if true, there are numerous oddities to this reveal. Team Sonic Racing doesn’t need a re-release. There was no DLC released so it can’t be a collection, and it can’t be a next-gen re-release as the only two platforms leaked are Switch and PS4 – which the game is already available on. It’s possible SEGA is planning on adding extra content, but there are far worthier Sonic games in need of more DLC.

Special thanks goes to Josiahblaze from our Discord news tips channel!


While this is still only a rumour given SEGA hasn’t officially announced it yet, given that Sogamely isn’t the only retail site to leak the game – both GreatGames and ReplayMultimedia list it – and the weird addition of a free artbook, this rumour seems a strong one. Even if we’re not sure who this 30th Anniversary Edition is for.

Seems like it's for sure gonna happen, pretty cool to hear