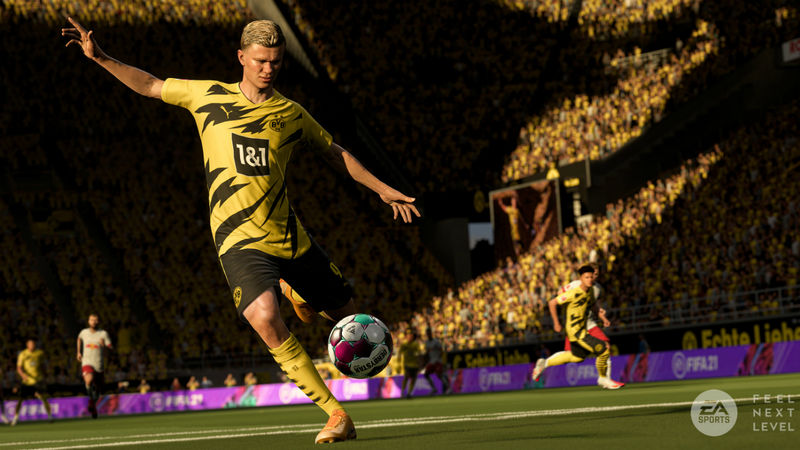 4.3
Kylian Mbappe will return as the cover star for FIFA 22. The news was announced via a tweet by the official EA Sports FIFA Twitter handle, saying that they were honoured to have him back on the cover and that a “game-changing reveal” is set for tomorrow. No other details were provided about the reveal.

Mbappe is one of the youngest and brightest talents in world football and it comes as no surprise that EA has decided to have him back on the cover. The Frenchman runs circles around defences for Paris Saint-Germain and the French national team, but unfortunately exited the Euro 2020 competition in the Round of 16 against Switzerland.

With this second appearance as FIFA’s cover star, Mbappe joins the likes of Cristiano Ronaldo, Lionel Messi, Marco Reus, and Eden Hazard among other players who were previously featured on the game’s cover. Many football fans consider Mbappe to be the next best player in the world after the Ronaldo - Messi duo.

The only real competition that FIFA faces when it comes to football games is Konami’s PES. While PES would earlier have to make up fake team and player names thanks to licensing issues, it has steadily been signing exclusivity deals with a number of teams. After Juventus, Atalanta became the next Serie A team to officially sign up with PES. Inter had also become a part of the PES roster, but it looks like that deal may not continue to the next game.

In what could be considered a historic move for in-game microtransactions, the game now allows players to take a look at what’s inside the FIFA Ultimate Team loot boxes. Players would earlier have to spend FUT Coins (gameplay earned currency) or FIFA Points (in-game currency purchased using real money) to attain these FUT packs, or earn them through gameplay. However, they had no idea what would be in the pack, leading the transaction to border on gambling.The new Preview Packs allow players to look inside and see the pack's contents, letting players decide whether or not they want to spend FUT Coins or FIFA Points on purchasing them.