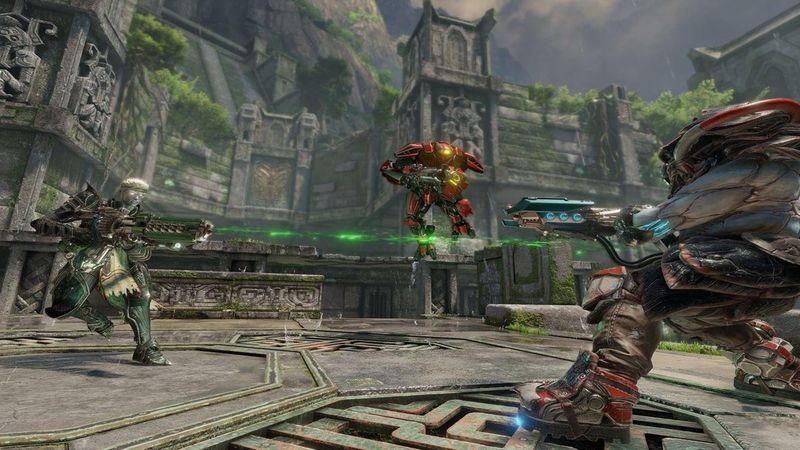 4.2
A new rumor suggests that id Software and MachineGames are collaborating on a Quake reboot for Xbox platforms. The rumor comes from leaker Shpeshal Nick, who tends to have a fairly strong track record when it comes to rumors like this. Speaking on the XboxEra podcast, Nick revealed a number of possible details about the project. Apparently, the reboot will focus on a female lead, and it will offer both single-player and multiplayer. It's worth noting that this information was presented during a segment of the podcast dedicated to rumors. Nick says this is something he had received a message about, and not something he has definitive knowledge of.

Quake games have often shifted focus between single-player and multiplayer experiences. Games like Quake III Arena and Enemy Territory: Quake Wars shifted away from story-based campaigns to focus solely on multiplayer, while games like Quake 4 put an emphasis on story. If the Quake reboot were to offer both single-player and multiplayer options, that would likely please a lot of fans of the series.

As with any rumor, readers are advised to take this one with a grain of salt. A lot of things happen behind the scenes of the video game industry, and plans can often change quickly. Sometimes games are in the early development process and cancelled before even getting announced. Until Microsoft and Bethesda make an official announcement about the future of the Quake franchise, fans will just have to wait patiently and see what comes next.

That said, it wouldn't be surprising to find out that another Quake game is in development! The franchise means a lot to fans around the world, and Microsoft invested a significant amount of money in its purchase of Bethesda earlier this year. Bethesda's franchises could do a lot to bolster Microsoft's first-party output, and Quake would be a big exclusive, when the time is right. Given the fact that Starfield will be exclusive to Xbox and PC, the next Quake will likely be as well, if and when it gets revealed.

better not botch it tho smb