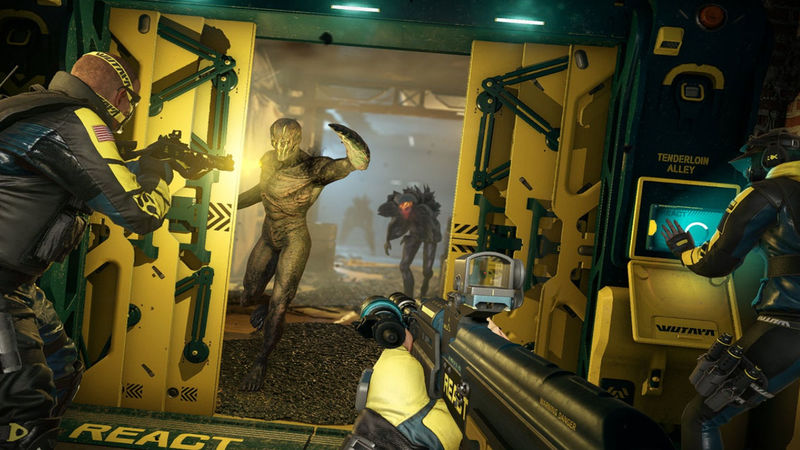 0
Rainbow Six Extraction, previously titled Rainbow Six Quarantine, will pit highly trained tactical soldiers against an invasive alien species. However, in an interview with The Loadout, game director Patrik Méthé said that players wouldn't be able to go in "guns blazing," like in other PvE co-op titles.

According to Méthé, one of the game's core principles was that "guns are not enough" to win. "It means that in order to be successful, you'll have to do proper recon, identify the threats and the opportunities, communicate with your teammates, use the right gadgets at the right time and, most importantly, evaluate when it's time to move forward and when it's time to extract," Méthé continued.

Rainbow Six Siege players will feel familiar playing Rainbow Six Extraction. The two games are built around the same mechanics, with different operators having different abilities for example. However, instead of fighting other human operators, players will have to navigate increasingly dangerous areas filled with diverse and deadly alien predators. The experience, according to Méthé, will be "very different" in the ever-expanding field of co-op shooters.

"There are a bunch of games in the genre that are very fun, as they allow the player to mindlessly mow down hundreds of enemies per session. On our side, since we are in the Rainbow Six universe, it was critical that our game rewarded tactical play, as a means to be successful," Méthé said. "If you go in guns blazing, you won't have a lot of success, especially on higher difficulties."

While they have their differences, Rainbow Six Extraction will have one thing in common with Rainbow Six Siege: penalties for players that leave matches. Leaving a game of Extraction early will lead to multiple punishments, including the loss of match progression, matchmaking bans, and even the loss of their operator, who will go MIA.

Rainbow Six Extraction is set to release on September 16 for the PS4, Xbox One, PC, PS5, Xbox Series X|S, Stadia, and Amazon Luna.

Cat Lmfao say bet, imma have this game speed ran in no time.

Lmfao say bet, imma have this game speed ran in no time.