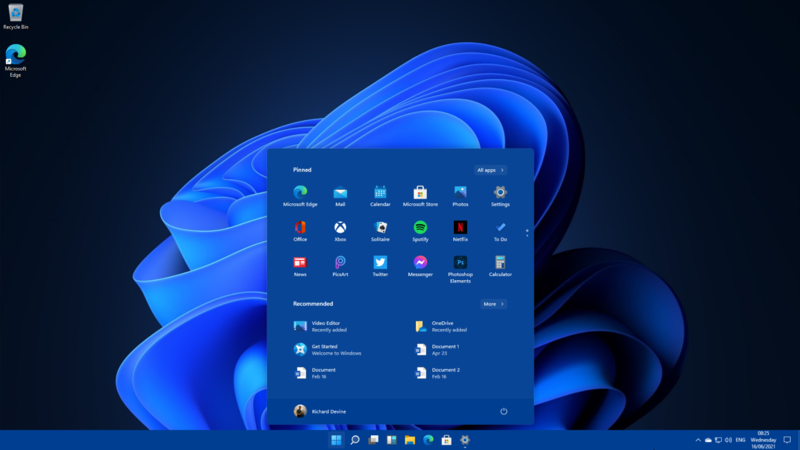 0
Microsoft today released the first-ever Windows 11 build to Insiders in the Dev channel, bringing build 22000.51. While most of the announced features made it to the build, there are a few missing ones such as support for Android apps. The firm also posted a few known issues for the release. In addition to the build, the company has also posted clarification about the confusion surrounding the minimum system requirements.

The firm starts off by acknowledging that there has been confusion caused by the PC Health Check tool, something that was updated late last week after negative feedback from users about the lack of clarity on Windows 11 compatibility. It says that the tool was “not fully prepared to share the level of detail or accuracy you expected from us on why a Windows 10 PC doesn’t meet upgrade requirements”, which is why the company is taking down the tool to address the feedback, adding that the tool will be “back online” later in the fall, closer to the general availability of Windows 11.

The other area being addressed in the post is that of the system requirements. The Redmond company says that the OS was built as a “complete set of experiences” and that the requirements were decided with reliability of the OS and “people’s expectations” in mind. These include the driver model, experiences such as video conferencing, multitasking, and security. The three main areas that the company cites include:

Windows 11 raises the bar for security by requiring hardware that can enable protections like Windows Hello, Device Encryption, virtualization-based security (VBS), hypervisor-protected code integrity (HVCI) and Secure Boot. The combination of these features has been shown to reduce malware by 60% on tested devices. To meet the principle, all Windows 11 supported CPUs have an embedded TPM, support secure boot, and support VBS and specific VBS capabilities.

Devices upgraded to Windows 11 will be in a supported and reliable state. By choosing CPUs that have adopted the new Windows Driver model and are supported by our OEM and silicon partners who are achieving a 99.8% crash free experience.

Compatibility. Windows 11 is designed to be compatible with the apps you use. It has the fundamentals of >1GHz, 2-core processors, 4GB memory, and 64GB of storage, aligning with our minimum system requirements for Office and Microsoft Teams.

As for the CPU requirements, the decision was made depending on these areas, the firm says, adding that it is “confident that devices running on Intel 8th generation processors and AMD Zen 2 as well as Qualcomm 7 and 8 Series will meet [its] principles around security and reliability[,] and minimum system requirements for Windows 11”.

Interestingly, Microsoft will be testing Windows 11 on older gen CPUs such as Intel’s seventh gen chips and Ryzen Zen 1 CPUs through Windows Insiders and its OEM partners to gauge if those devices can be upgraded to the OS later in the year. These chips, if added to the list of supported CPUs, will officially accommodate devices like the Surface Studio 2 and other custom-built PCs running potent hardware.

It will be interesting to see how the company goes ahead the system requirement specifics for Windows 11 and if it slacks off the hard line that it has drawn, gathering mixed reviews from users.